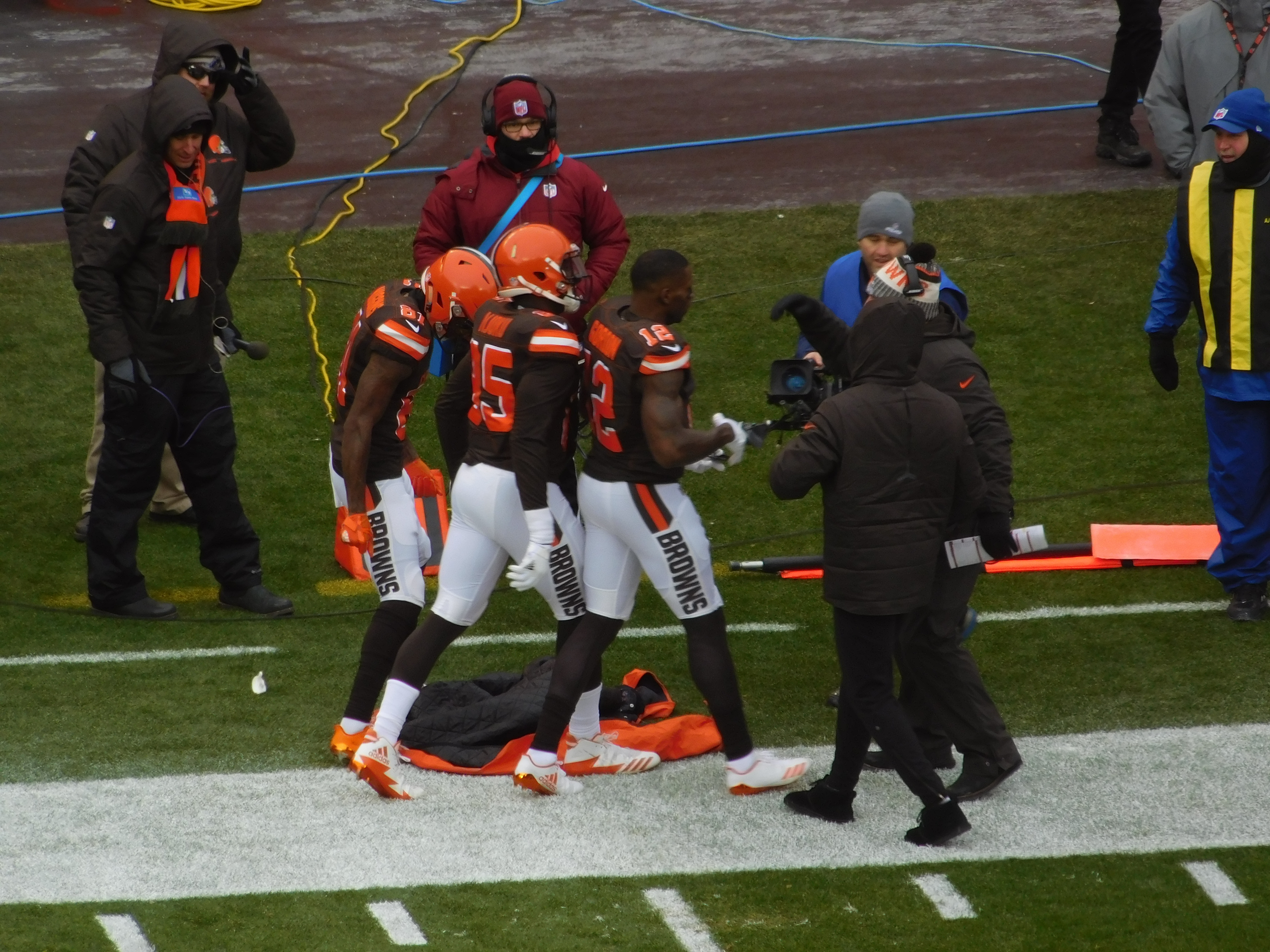 CLEVELAND – It’s been nearly four years since Josh Gordon had found the end zone, but in his first home game with the Browns since being reinstated back into the NFL, it didn’t take him long to have a huge impact.

‘Flash’ had a great opening drive for the Browns after the Packers took a 7-0 lead on their first drive of the game, as he pulled in a 38-yard pass on the Browns first play, and then later in the drive he finished it with paydirt, catching a TD from 18 yards out to tie the game at seven.

Here’s the pretty TD grab from DeShone Kizer to Gordon, the first TD for the wide out since December 15th of 2013.

Browns Inactives For Week 14 Game Against Packers
Browns Lead Packers 14-7 At Halftime; Three Takeaways From The First Half