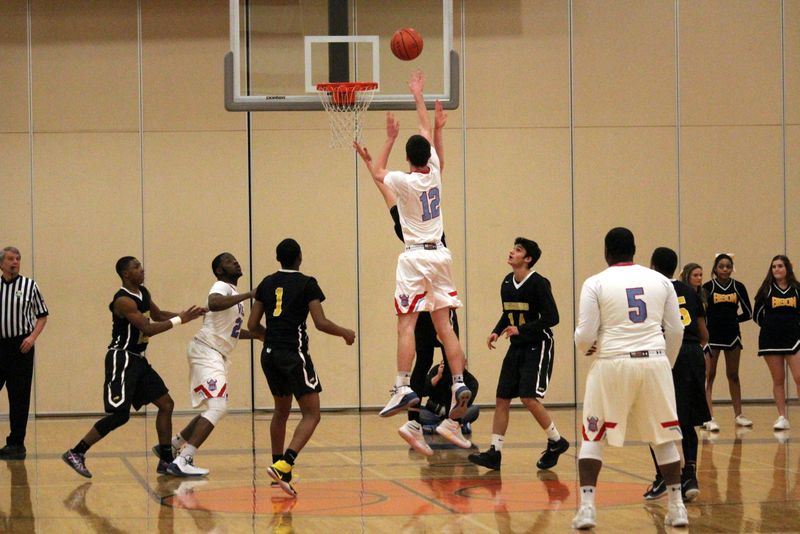 All photos via Opique Photo

Villa Angela-Saint Joseph met its toughest test of the postseason yet on Monday, March 6, when the top-seeded Vikings held off the Beachwood Bison, 63-58, in an overtime thriller to advance to the Division III Garfield Heights District Final.

VASJ led nearly the entire game, but a putback by 6’4″ sophomore Jayson Woodrich tied the game at 55 with 14 seconds to play leading to overtime. 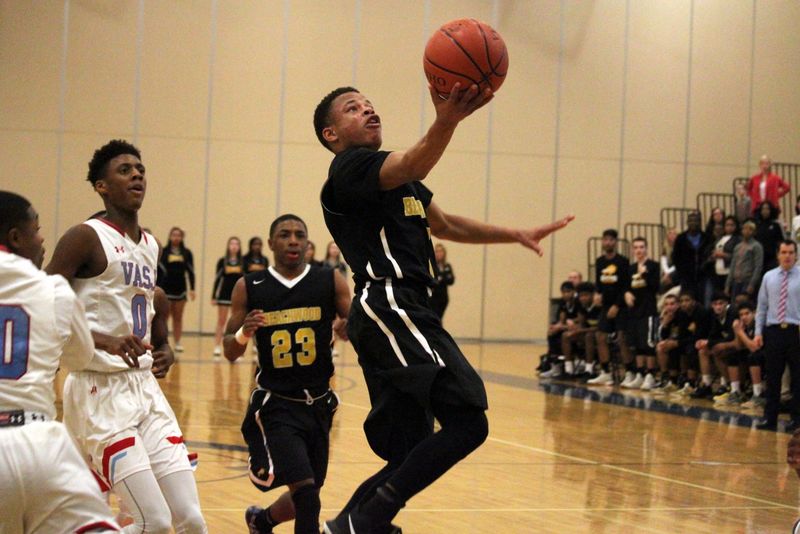 The Vikings started the game in clear control, leading, 28-21, at halftime, but the Bison hung around and started to chip into VASJ’s lead – slowly, but surely.

The Bison received a big boost in the 3rd quarter from senior guard David Somogyi. He knocked down three consecutive 3-point baskets, as Beachwood got to within four points heading to the fourth quarter. 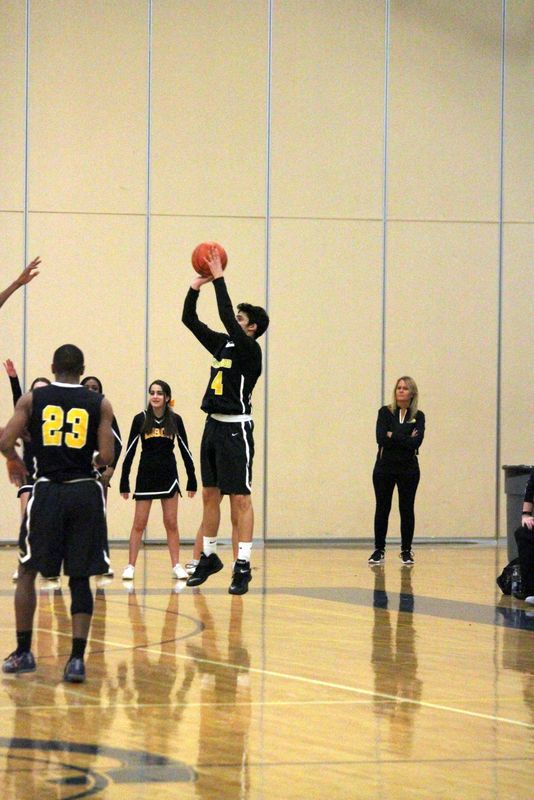 But VASJ had an answer, as William Butler was a one-man wrecking crew off the bench for the Vikings.

With 2:34 to play, Beachwood’s senior guard Ben Sternberg sank a 3-pointer to make the score 53-50 in favor of VASJ.

From there it was a race to the finish.

Butler responded quickly with a drive for two points for the Vikings, but Woodrich came back with a three on Beachwood’s next possession to cut the deficit to 55-53. 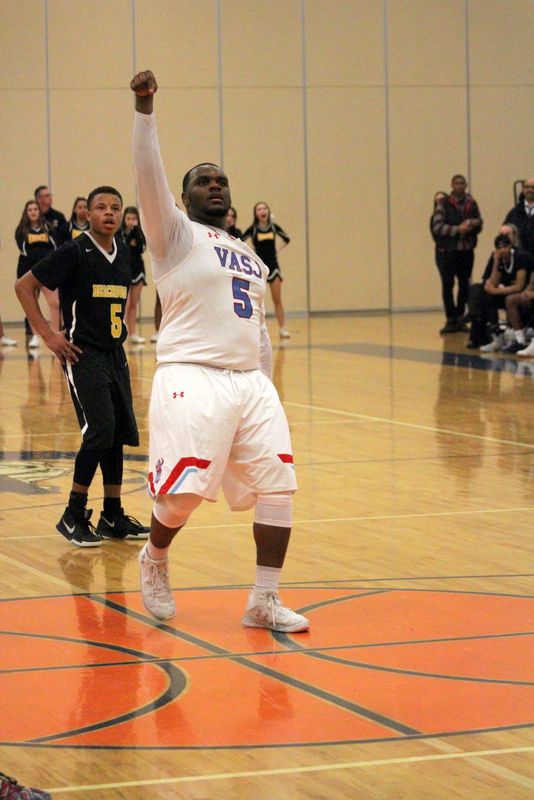 VASJ carefully worked down the clock, but had a dunk opportunity go awry with 36 seconds remaining. Beachwood rebounded, eventually tying the score on the clutch putback by Woodrich.

In the overtime period, VASJ took control with 6’8″ Alonzo Gaffney scoring on a dunk and a tip-in followed by two free throws from Butler.

Beachwood got a 3-pointer from Woodrich with 57 seconds remaining in overtime to bring his team-leading point total to 19. But that was it for the Bison, as the Vikings were able to hold on for the victory.

Jerry Higgins is the Vikings’ leading scorer for the season and his 10 points were below his average, but the junior guard’s leadership–as well as his nine assists and four rebounds–played an integral role in the VASJ win. 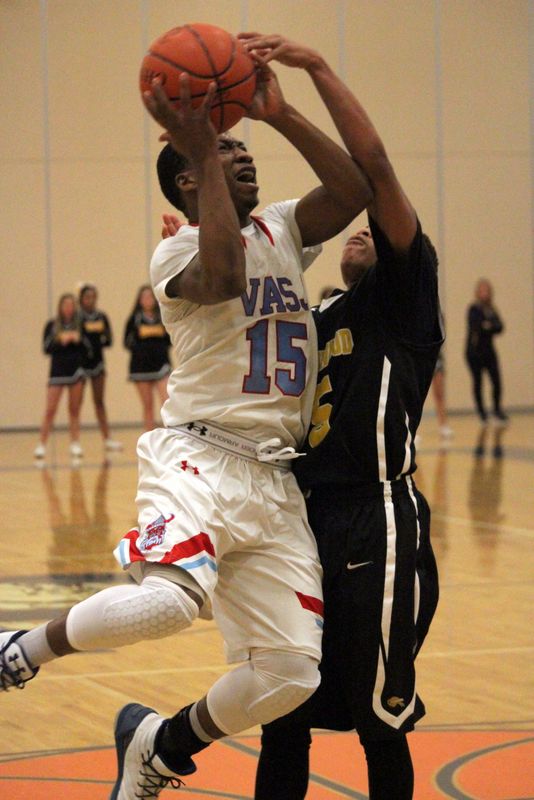 Gaffney pitched in with 14 points and Daniel McGarry added 11 in the win. Each of the two forwards grabbed nine rebounds.

It was a valiant effort for Beachwood, which received 19 points and 10 rebounds from Woodrich.

Somogyi scored nine points (all of which came via 3-pointers in the third quarter) and dished out four assists. 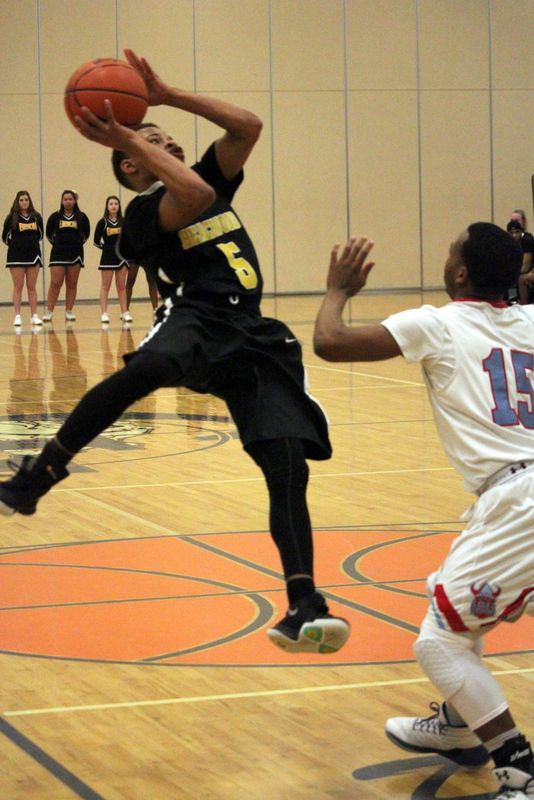 Beachwood’s season comes to an end with 17 wins, eight losses, and an impressive tournament run for which everyone on the team can be proud.

VASJ moves on to face the winner of third-seeded Gilmour Academy vs. seventh-seeded Warrensville Heights in the Garfield Heights District Final on Friday, March 10 at 7 pm.