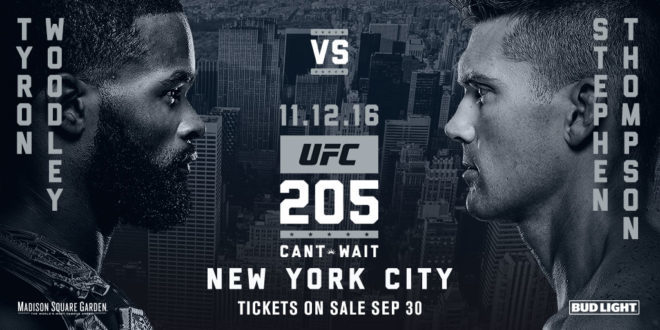 When Tyron Woodley defeated Robbie Lawler for the UFC Welterweight Title, there were quite some doubters. There were people that didn’t believe he should have won or even deserved the title shot. The guy who everybody thought should have been there: Stephen “Wonderboy” Thompson.

Let’s face it, “Wonderboy” has earned this title shot and now he gets it. He’s so much fun to watch, as he can strike from all areas. Thompson has won seven in a row, finishing his opponents in four of them. Thompson is undoubtedly dangerous and Woodley will have to go to the ground. Therefore, it’ll have to be a wrestling outlook from Woodley, as he’ll look to stop the highly efficient offense of Thompson.

I think that Stephen Thompson will win the UFC Welterweight Championship, defeating Tyron Woodley by knockout in the second round.