The Latest on Free Agent DT Gerald McCoy; the Browns and Ravens Wait for His Answer 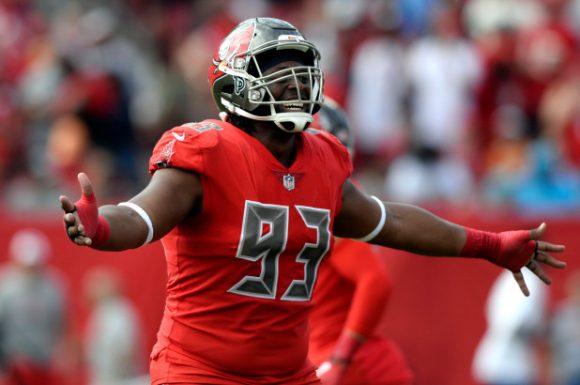 It appears from all indications that the decision for the next team for former Tampa Bay Buccaneers defensive tackle Gerald McCoy is going to come down to playing for the Browns or the Baltimore Ravens.

The Browns already had their first go around with McCoy, meeting with him on May 24th, but not signing him to a deal upon his departure.

From there he met with the rival Ravens, who if they want to sign McCoy they do have the cap space (as do the Browns) as Baltimore has a reported $13.8 million in cap space.

Also McCoy does have a connection with the Ravens, as the lineman has a strong relationship with Ravens defensive line coach Joe Cullen.

McCoy just spent two days in Baltimore, but like Cleveland left without a deal.

Josina Anderson of ESPN tweeted out Wednesday afternoon that McCoy had an “A+++” visit with the Ravens, but again left without a deal in place.

After the #Ravens visited with Gerald McCoy, my understanding is the free agent defensive tackle is headed home to see his family. After catching up with some folks, the visit was described to me as "A+++." We'll see what that means when it's pen to paper time though.

So for now, it’s anyone’s guess as to what McCoy is thinking or who he may sign with. The Browns still appear to be in the mix, but until he makes the decision, it’s a waiting game.

Mayfield and Cowherd’s Feud Continues as the FS1 Host Fires Back at Baker Over Comments
LISTEN: The Dawg Pod Episode 29