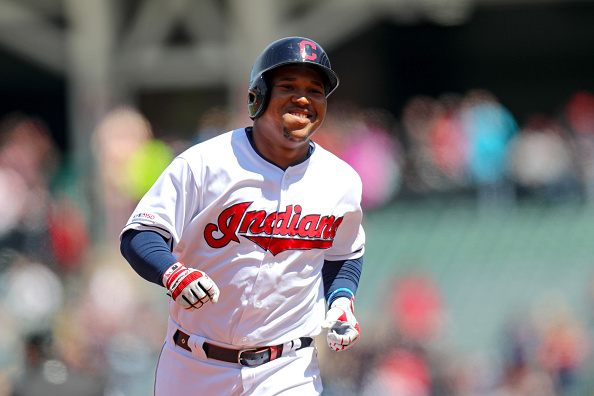 The Cleveland Indians are taking on water, to say the least. They’re down two starting pitchers just one month into the season, quite a blow for a team which assumed its rotation could carry the load across the entire year.

Meanwhile, Cleveland’s offense is struggling in a bad way. In finding key culprits for this, Jose Ramirez is certainly at the top of the list.

Ramirez has struggled to get himself on track offensively this year, and with Cleveland’s rotation now ailing, it’s imperative that he ends his funk as soon as possible.

Ironically, we’re only a couple weeks removed from me proclaiming there could be a light at the end of the tunnel for Ramirez. While he wasn’t on any sort of torrid pace at the plate, he was giving signs that things were starting to come together for him.

Since then, that’s all we’ve really seen. Hints of hope dashed by a night of unproductive plate appearances. On some days, he looks like the player who found himself in MVP conversations last season. On others, he just looks lost.

To his credit, signs he’s shaking out the cobwebs are coming a little more frequently now compared to when the season started. However, he’s still struggling with consistency.

There was a time when the Indians could afford to let Ramirez pull himself out of the mud, even if it took a month or two longer than anticipated. Sure, it wasn’t ideal to have one of the few sure-things in the lineup taking a while to get going. Still, with the rotation intact, a rough offensive showing wouldn’t have too negative of an impact.

That’s no longer the case.

Both Corey Kluber and Mike Clevinger are out for the foreseeable future. Cleveland can no longer assume one-to-two runs of support is enough to get the job done. The team is in dire need of offensive production, and getting Ramirez going is a big part of that.

When bringing up the struggles of Cleveland’s third-baseman, many are quick to remind me he was slow out of the gate last season, as well. This is indeed true, as it took him until midway through the first month of the season to get his batting average near .200.

Of course, Ramirez ended up batting .289 last April. This year, Ramirez’s batting average for the month was .191.

In short, he was able to end his funk far earlier last year than he has been this time around.

It’d be understandable if added pressure is playing a factor in Ramirez’s slow progress this season. With the Indians shedding so much offensive talent this winter, he’s expected to shoulder more of a load at the plate. Meanwhile, there are less hitters in Cleveland’s lineup for opponents to fear, leading to defenses putting more focus on neutralizing Ramirez.

If that’s indeed a primary cause, though, the Indians are in trouble. With two starters down, and the Minnesota Twins no longer looking like a division doormat, the pressure is as high as ever.

Cleveland is quickly learning this year won’t be another cakewalk to the postseason. Likewise, struggles with the offense will now be thrust further under the microscope.

Right now, Ramirez is feeling the brunt of this. Already tasked with carrying a heavier burden before the season even started, he’ll now be counted on to put some life into one of the league’s worst offenses.

The Indians are no longer in a position where they can be consistently bailed out by starting pitching. The days of staying afloat despite anemic offensive production are likely a thing of the past.

As a result, they can’t afford to have Ramirez’s slump last much longer. If he can’t wake up in a hurry, Cleveland could find itself facing an uphill battle the team isn’t built to take on.

Indians Begin Seven Game Homestand Tonight, the Tribe Starting Nine Against the Mariners
Indians Fan Makes a Spectacular Grab in the Stands During the Game Against Seattle