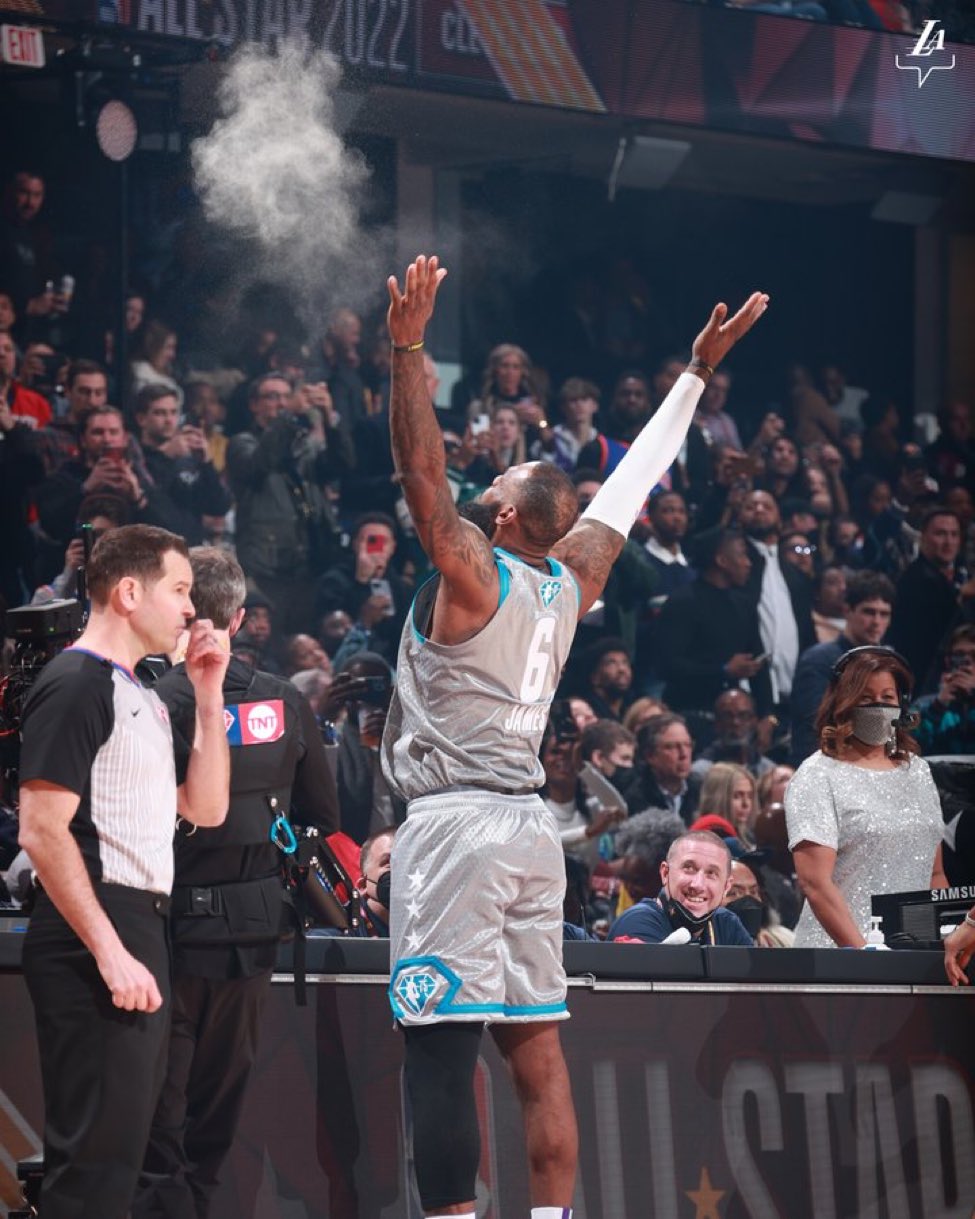 Cleveland, Ohio hosted the 75th NBA All-Star game on February 20, 2022. It was a night of historic moments inside Rocket Mortgage Fieldhouse.

Machine Gun Kelly, back in his hometown of Cleveland, took the stage to give the introductions. He went off script saying “I was told to give a shout out to the celebrities in the house and instead want to thank all of the hard workers here that made this event happen.” That statement was fitting as Cleveland is known as a blue collar proud city.

This All-Star game featured team Durant versus team LeBron. Durant is injured and didn’t attend the game. King James received a warm welcome from the Cleveland crowd. Hometown favorites, Darius Garland and Jarrett Allen were given a thunderous ovation. Steph Curry was flooded with boos from the fans. Curry laughed and sarcastically mouthed “thank you.”

The halftime show honored NBA royalty over the past 75 years with a touching tribute to the greatest players, by position. It was great to see players from decades to current day players.

Curry was on fire, sinking 16 three-pointers. He was having fun interacting with the crowd. Curry had 50 points in the game. He , deservedly, won MVP. This year’s trophy was named the Kobe Bryant trophy to honor the late superstar.

King James did his iconic powder clap to start the game. James then took the last shot to win the game for his team. A perfect finish for the Cleveland fans.