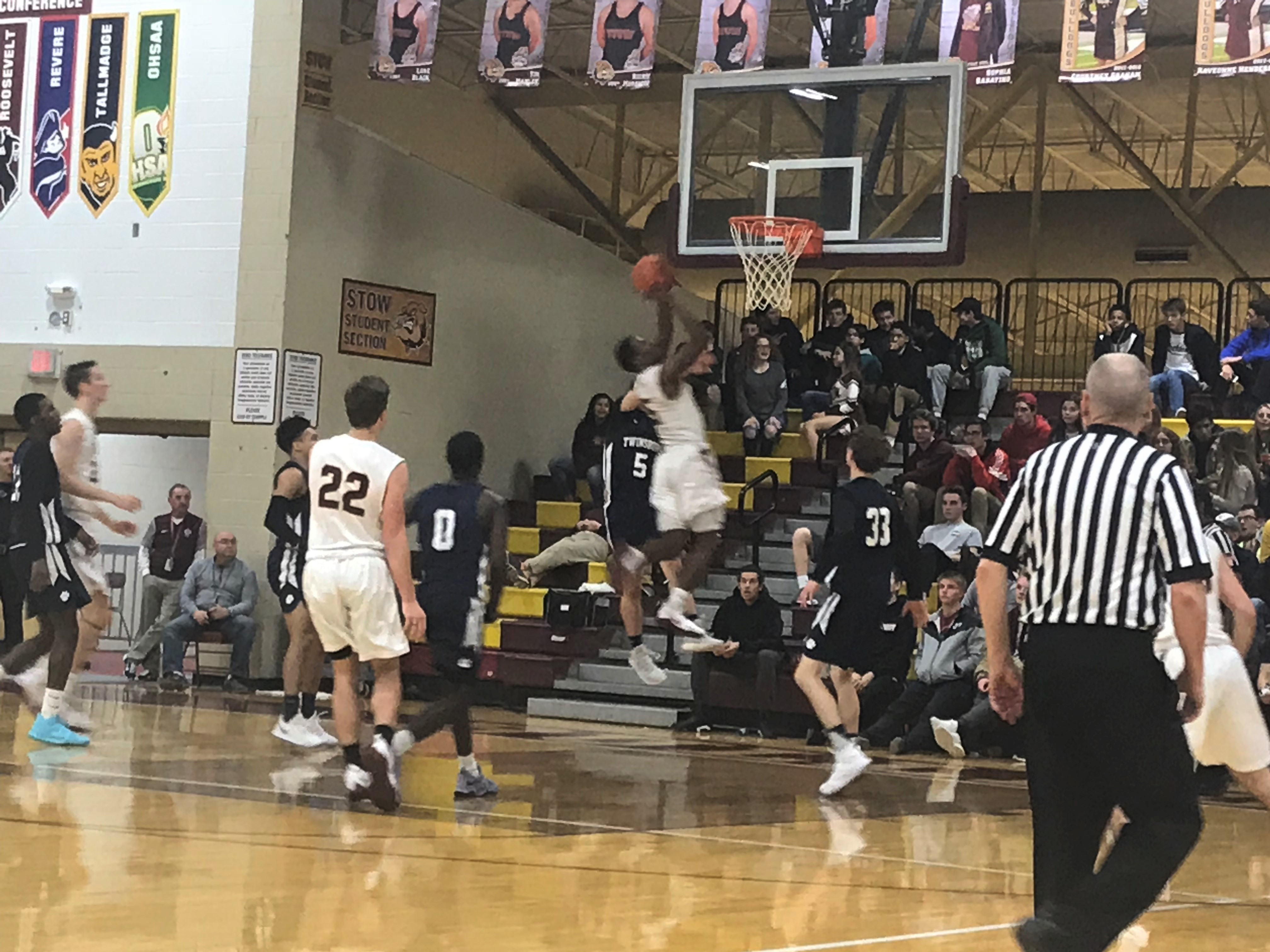 STOW, OHIO – The Stow-Munroe Falls Bulldogs were impressive Thursday night as they were victorious against the visiting Twinsburg Tigers 57-46.

Stow was led by their “Twins Towers” Mason McMurray and Evan Bainbridge. The two big men combined for 30 points and 25 rebounds.

The duo both went for double-doubles and McMurray really got the crowd involved with a very athletic reverse put-back layup followed by a thunderous 2-handed dunk minutes later.

Evan Bainbridge after the game talked what he thought he did well tonight and he said, “I felt like a had my best rebounding game. I had been struggling to get rebounds and I thought tonight I rebounded well.”

The Tigers’ Rapheal Campbell was the leading scorer with 17 pts and seven rebounds. The Tigers played great and hard but Stow’s Twin Towers were too much to handle on the boards.