Sports On Tap: Game Of the Week-Recap and Interviews- Hudson beats Strongsville 9-2-16 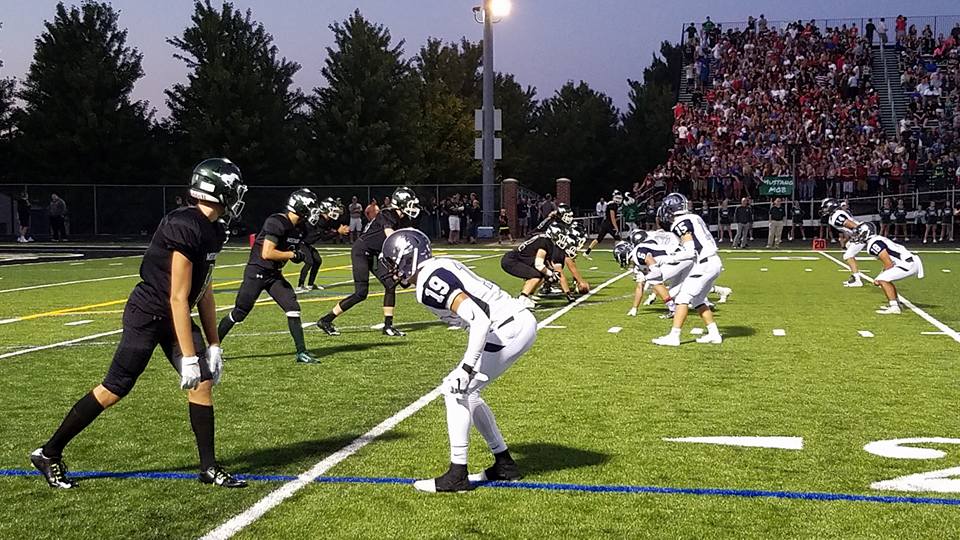 The Hudson Explorers travelled to the newly re turfed Pat Catan Stadium to take on the Strongsville Mustangs. Hudson wasted no time breaking in the new turf with a 65 yard drive capped off by a 4 yard touchdown run by senior QB Jackson Parker giving the Explorers an early 7-0 lead. Parker would score later in the first quarter on a 58 yd TD run to put Hudson up 14 -0.

Early in the second quarter Hudson found the end zone yet again on a 26 yd TD pass from Parker to senior wide receiver Sam Wright putting Hudson up 21-0. Hudson’s defense forced a Strongsville fumble and on the ensuing drive Parker again hooked up on a 33 yd. TD pass to Wright, extending Hudson’s lead to 28-0 Hudson’s Defense dominated Strongsville throughout the first half, preventing mustangs from getting any momentum on offense, and at the end of the first half Hudson looked well on its way to a resounding victory.

The Explorers did not begin the second half as well as they ended the first, giving up a 38 yard fumble recovery for a touchdown by Strongsville Junior DB Christian Williams a failed 2 point conversion made the score 28-6. Hudson responded with a 36 yd TD pass from junior QB Colt Pallay to Junior WR Greg Mailey, and the score was 35-6.

Strongsville’s offense finally got on the board early in the 4th quarter on a drive capped off with a 2 yd TD pass from Sophomore QB Jony Major to RB Nick Caruso, another failed 2 point attempt made the score 35 -12. Strongsville attempted comeback and after bad snap on a punt attempt resulting in a Strongsville safety, the Mustangs trailed 35-14 midway through the 4th. Despite a late Mustang touchdown, a 31-yard Callahan Hinckley-to-Dan Nagel touchdown pass. Hudson’s defense was able to stifle any realistic chance for a Strongsville comeback and secured a solid 35-20 road victory. The win the gives Hudson a 2-0 record on the year with the Mustangs falling to 0-2

Hudson Head Coach Jeff Gough on starting 2-0 to start the season “We are just trying to get better one day at a time”.

The Explorers will look to continue their win streak when they face Canton-McKinley at home in week 3. Strongsville will look to notch their first win of the season when they welcome Brush for a week 3 home game.