Solon earns trip to Columbus with 81-60 win over Copley 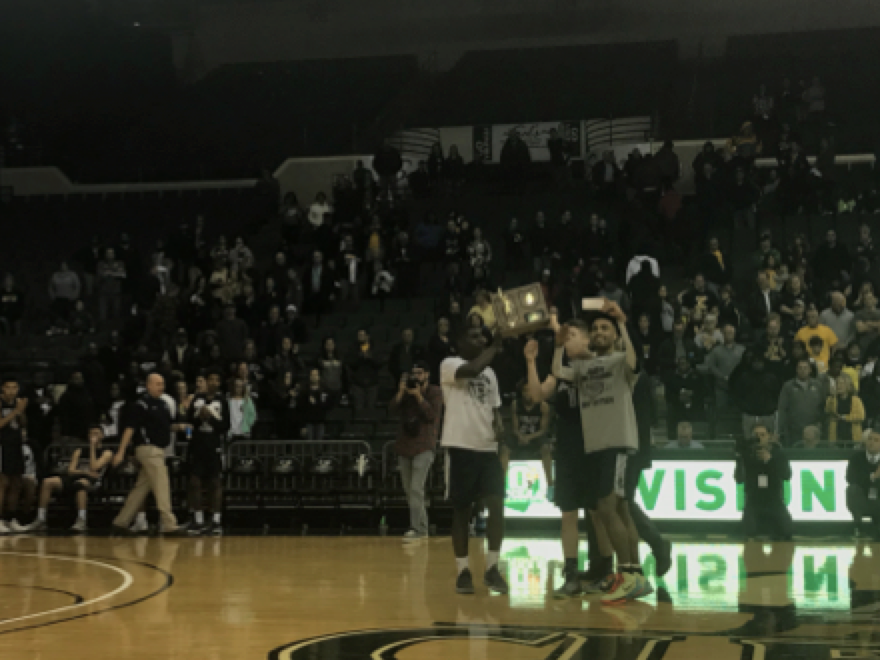 CLEVELAND–After the game, it was all smiles from the Solon Comets as they made history Saturday evening by winning its first regional championship in school history after topping the Copley Indians, 81-60.

One thing DeCesare has noticed with this team is the maturity they’ve shown over the course of the season. From the five starters to the bench depth, every single player has made an impact to put the team in the position where they are at right now.

“I think if you don’t continue to get better, you don’t get to the point where we’re at,” he said. “When the pace is where we had it tonight, we always feel pretty good about the game.”

One player that has improved since the beginning of the season is senior standout Sincere Carry. He’s in the discussion for Division I player of the year and has been the focal point of the team’s success this season. The West Liberty commit is focused on improving his game when he can.

“I just try to improve every night,” he said. “Whether it’s bringing energy or just individually scoring, and on defense I try to go hard every time we get an offensive rebound and push the tempo for my teammates.”

Copley started the second quarter inching their way back from a nine-point first quarter deficit. A layup from senior Brian Roberts got the Indians within two points early on. From there, Trent Williams and Mike Bekelja knocked down back-to-back 3-pointers to give Solon an eight-point lead with just over three minutes left.

The final minute and a half belonged to the Comets. Sincere Carry and Trent Williams found their way to the basket to finish at the rim for four quick points.

The final play of the quarter got the Solon fans on their feet. Carry found Williams with a no-look pass which led to an easy layup as time expired. The Solon lead ascended to 12 points at the half.

The momentum continued for the Comets early on in the second half. Trent Williams found his touch, which is what really opened up the game for Solon.

In a matter of a minute and a half, Williams accounted for four straight 3-pointers, resulting in the a 20-point Solon lead. Just a minute later he would end up sinking his fifth 3-pointer of the quarter.

Williams scored 15 of the team’s 26 points in the third quarter, giving Solon a comfortable 66-47 lead.

“My teammates kept giving me the ball,” Williams said. “When the first one went in, I felt confident and kept shooting.”

Williams ended up with a game-high 29 points. Carry added 14 points and 13 assists, followed by 12 points from Nick Close. Mike Bekelja had a double-double with 10 points and 11 rebounds during the win.

As for Copley, Brian Roberts led the Indians with a team-high 18 points. Aamir Solomon contributed with 14 points. Isaiah Rogers and Sam Emich rounded out the scoring with 13 and 10 points respectively.

The 20-point deficit the Indians faced throughout fourth quarter was too much to overcome. Solon controlled the tempo on the offensive end, getting to the basket for easy layups.

As the last couple of minutes wound down, the Solon crowd knew their team would live on for another week. As soon as the clock hit double zeros, the bench mobbed the floor to celebrate the first final four appearance in school history.

The Solon Comets will now have five days to prepare for a state semifinal matchup against Pickerington Central on Friday night. The game will be set to tipoff at 8:30 p.m at Ohio State’s Jerome Schottenstein Center.