Padua Defeats Benedictine And Buckeye, Moves To The Semifinals Of The 2017 OHSAA Division II Team Duals 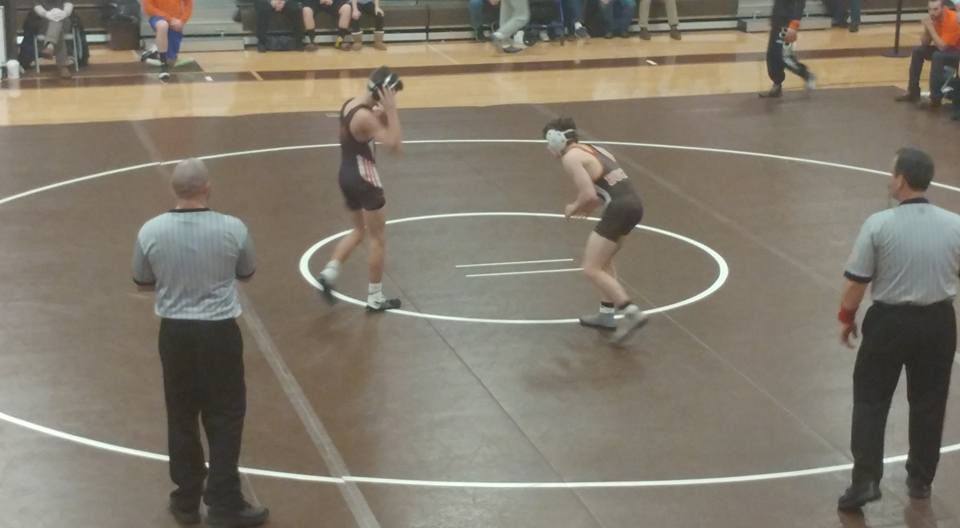 The second and third rounds of the OHSAA Team Duals took place from Padua Franciscan High School on Wednesday afternoon, as the Bruins hosted Benedictine, Buckeye and Fairview.

The first matches pitted Padua against Benedictine and Buckeye against Fairview.

Padua got out to a fast 18-6 lead on the Bengals and would look to swing momentum directly into their favor at the 132 pound match-up. Junior Sam Fender took on Eddie Findura in an excellent match. Fender got an early takedown but would get reversed near the end of the first period, making it 2-2 going into the 2nd. The match would find itself in a 3-3 tie until Fender would find a late escape as time expired for the 4-3 win.

Padua would start to run away with the match. Sam LoFaso, Austin Willard, Pete Abraham and Bryce Carmichael would all score pinfalls to help Padua win the dual by a final team score of 54-24. On the other end, Buckeye would defeat Fairview 46-27. This would set up a quarterfinal battle between the Bruins and the Bucks, with the winner advancing to next week’s semifinal dual meet.

Padua’s Ethan Kinley would receive a forfeit at the 106 pound weight class and Mike Tusick would have a wire-to-wire performance in a 10-2 major decision victory over Sam Raco to start Padua off with a 10-0 lead.

Dominic Calabrese would earn a victory over Sophomore Manus McCaffery 4-2 at the 120 pound weight class to get Buckeye on the board. Following the Calabrese win would be two more dominating wins with a 16-2 major decision victory followed by a 16-0 technical fall victory.

Padua would look for a boost from Sophomore Sam Lofaso, who would provide just that in a win over Junior Jake Bartinelli. After a feeling-out process in the first, LoFaso would start down and fire up for an escape. The Sophomore would then turn and look for a double leg takedown, which he would land successfully. Bartinelli would string together two escapes in the final two periods but would fall 3-2. Fellow Sophomore John McNulty would follow LoFaso and carry the momentum with a pin in the first period.

Doug Brown and Jarrod Setliff would battle back for Buckeye with two impressive victories, but the Bucks would need the 170 pound weight class to go their way due to a shortage of wrestlers in the heavier weight classes.

Padua’s Austin Willard and Buckeye’s Zach Sanger would put on the match of the night in a 15-13 overtime victory for Willard, who would score early in overtime with a deep double leg takedown.

Dustin McCullough would score a pin for Buckeye, but the Bucks did not have anyone to send out for the 195 and 220 pound weight classes, leading to a 34-25 Padua victory.

Padua will wrestle in the OHSAA Division 2, Region 10 Team Dual Semifinals on February 1st at 5pm.

Top 3 Predictions for a Surprise Return/Debut in the 2017 Royal Rumble Match
WWE: The Top Rumble Moments of All Time!