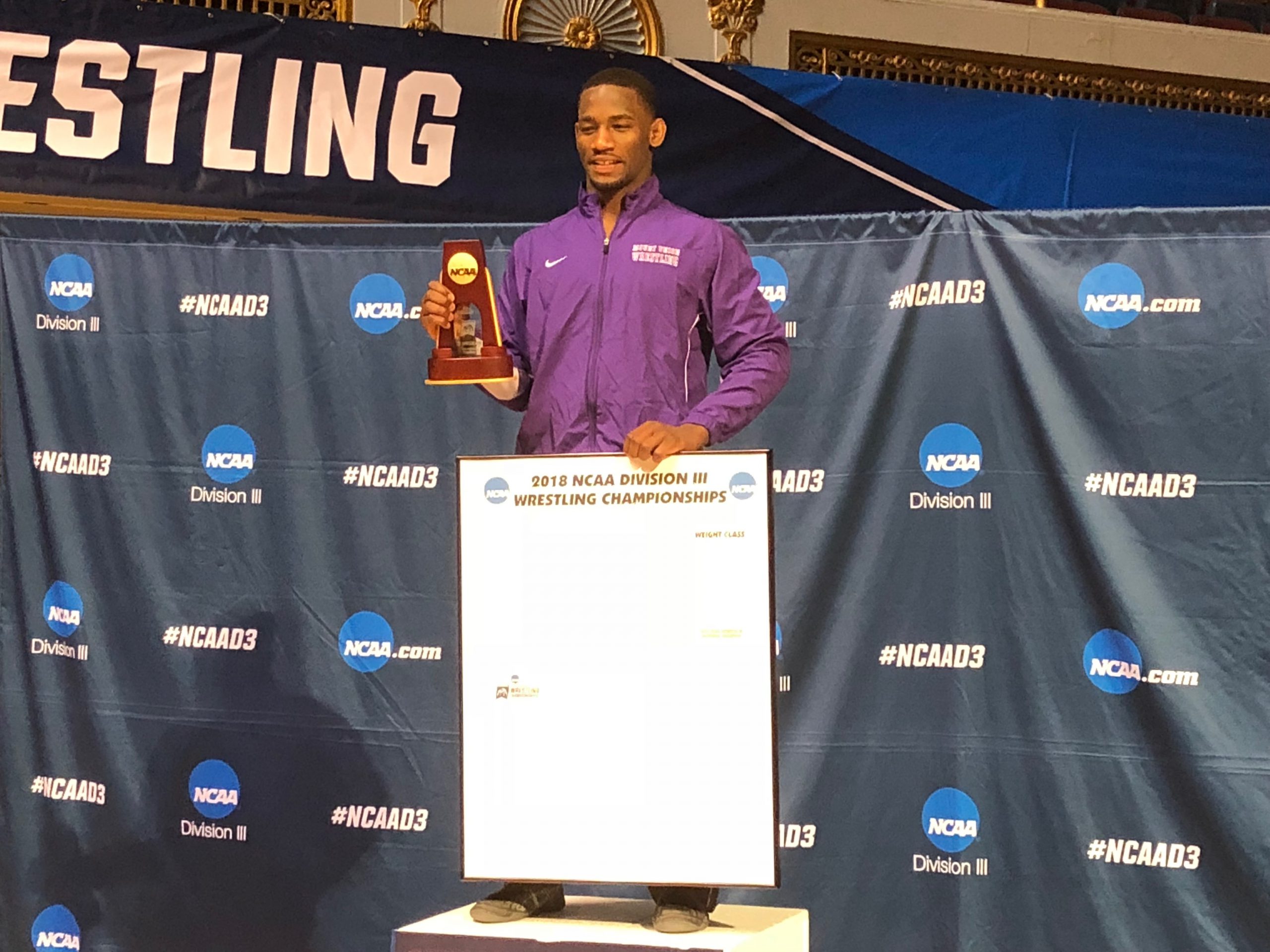 CLEVELAND, Ohio- The NCAA Division III Championships were ready to display the grandest day in the sport of wrestling on Saturday, as the championship bouts had arrived. With ten bouts to take place, there was a ton of wrestling to watch.

For local wrestling fans, Jairod James was the man of the hour. The Mount Union junior looked to claim his first National Championship and would have the opportunity to do so in front of his home crowd of Cleveland, Ohio. James grew up in Bedford and attended Bedford High School before furthering his academic and athletic career at Kent State University. Unfortunately, his days of wrestling for the Golden Flashes came to an abrupt end after a strike was thrown in a bout against Ohio University’s Arsen Ashughyan. James was kicked off the wrestling team and subsequently transferred to Mount Union University to continue his wrestling career.

Now a junior for the Purple Raiders, James was the first Purple Raider to reach the finals of the Division III National Championships since Dan Bobish in 1992. He matched up against the fifth-seeded Jon Goetz out of the University of Wisconsin-Platteville. Goetz had outscored his first three opponents by a score of 25-2 and was certainly going to be a tough task for James. But James was determined to go out and get his championship that he had dreamed about.

James landed an early takedown in the first period and took a 2-1 lead into the second frame after a Goetz escape. Believe it or not, only one more James takedown would finish the scoring and give the Purple Raider his Division III National Championship he had his sights set on, the first for Mount Union in 26 years.

“I had a dream about this like seven months ago,” James said following his championship match. He mentioned that in his dream it was a different school he was wrestling against but the singlet colors were the same.

James only dropped one match this season and finished with a 22-1 record.

“I knew that the reason I lost was because of minor mistakes,” James said when asked about how the sole loss helped prepare him for Saturday’s ultimate moment. “You just clean up your mistakes and you’ll always be a champion.”

James will be back next year as a senior for Mount Union and you he’s already planning on repeating as a National Champion. For anyone looking to dethrone him, good luck.