Could Osweiler Be Elevated To The Starter For The Browns 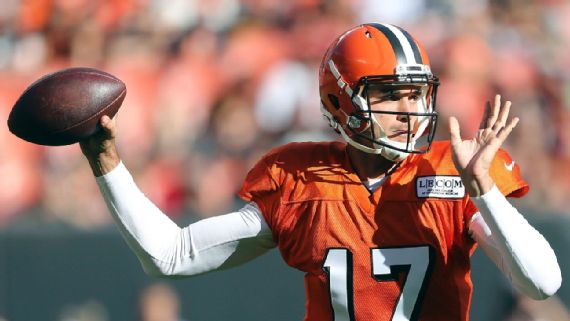 Earlier this week the Browns had an inter-squad scrimmage game and Brock Osweiler’s name was mentioned several times in post game interviews with positive overtones in comparison to his counterparts of Cody Kessler and DeShone Kizer.

Hue Jackson at the podium https://t.co/Z3HTwtgZuz

Friday’s scrimmage didn’t do much to clear up the situation. Browns coach Hue Jackson said if there is any change in the order of the guys competing, it will show in Monday’s practice. A decision, he said, would indicate who can score points against the Saints and “who I think can be the guy,” though he’d leave the door open if things don’t go well.

After the scrimmage on Saturday Jackson says that some of the guys helped themselves as did some hurt themselves during the practice without tackling. Reportedly the stock went up with both Osweiler and Kevin Hogan while on the other hand in went down on Kessler and Kizer.

It remains to be seen what will happen come Monday but Jackson said that Brock looked most comfortable and energetic  in his role as QB with the practice squad these past few days on the field. If Osweiler does start Thursday against the Saints, it will be his first start since joining the Browns.