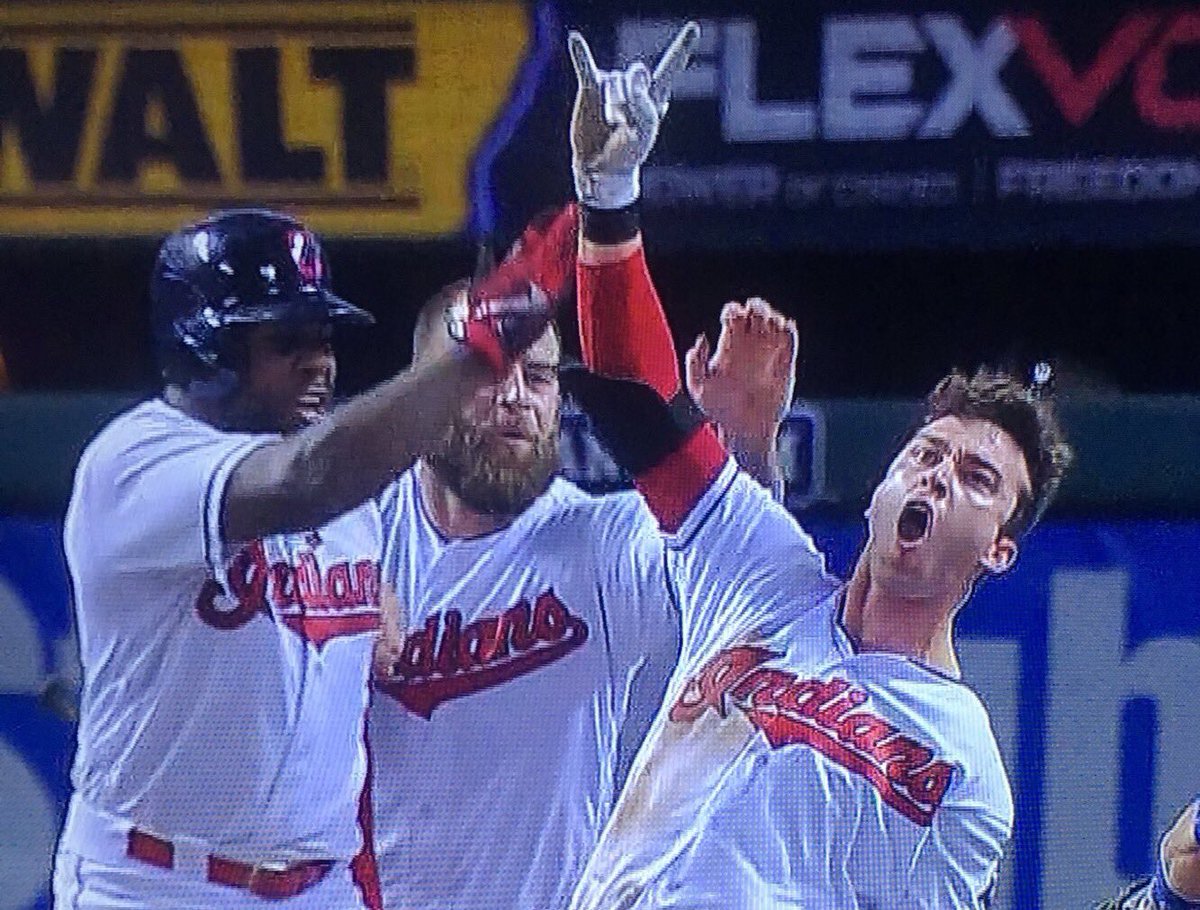 Heading into the bottom of the ninth inning against the Toronto Blue Jays on Aug. 19, 2016, the Indians were down 2-1. The Tribe tied the game after Jose Ramirez hit a solo bomb to right field off of Toronto’s Roberto Osuna on a changeup pitch.

The next batter up was Naquin. On a 1-2 pitch, Naquin drove a ball to deep right field that most thought was out of the park. Instead, it bounced off the wall and Jays right fielder Michael Saunders was unable to make the catch on the warning track.

By that point, “Usain Naquin” was rounding third, on his way to recording the first inside-the-park walk-off homer for the Indians in over a century. After sliding into home, Naquin struck his now legendary rock star pose, before being mobbed by the Indians dugout.

On the two-year anniversary, relive the incredible moment with Tom Hamilton’s call.

Stop what you're doing.