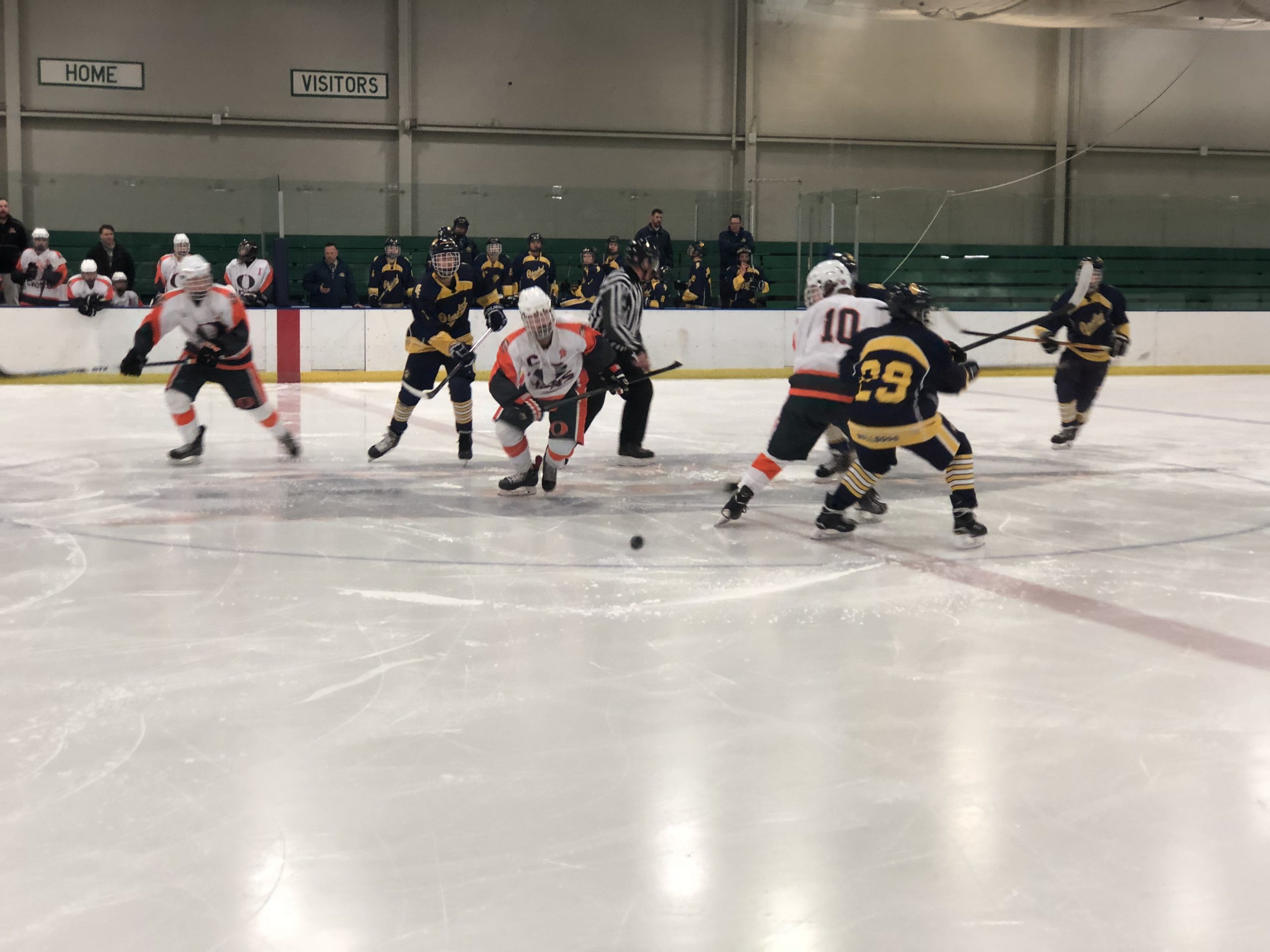 The Friday night matchup of the 47th Annual Baron Cup was a physical battle between the Orange Lions (10-0-0) and the Olmsted Falls Bulldogs (9-1-0). The Bulldogs came out victorious 4-1 over Orange after Zach Henley scored two goals to have Olmsted Falls advance to Baron Cup II Championship for the second straight year

The Olmsted Falls Bulldogs took a early 1-0 lead after a Zach Henley power-play goal. The Bulldogs answered again with just under one minute to go in the first period from a Max Kirth-Gruszczynski goal that made it 2-0 going into the middle period.

After a Max Kirth-Gruszczynski penalty, Olmsted Falls were short handed, yet Dominic Conte scores which made it a 3-0 Bulldogs lead.

At the 6:43 mark in the middle period, The Lions bounced back and made it a 3-1 game after Jake Sonkin goal that hit the back of the net.

Zach Henley got his second goal of the night as it gave the Bulldogs of Olmsted Falls a 4-1 lead going into the final period.

The final period was quiet and the Olmsted Falls Bulldogs defeated the Orange Lions to a score of 4-1 and will go back to the Baron Cup II Championship for the second year in a row.

The Bulldogs will take on the Amherst Steele Comets on Sunday, February 11th at 3:00pm at the John M. Coyne Recreation Center in Brooklyn, Ohio.