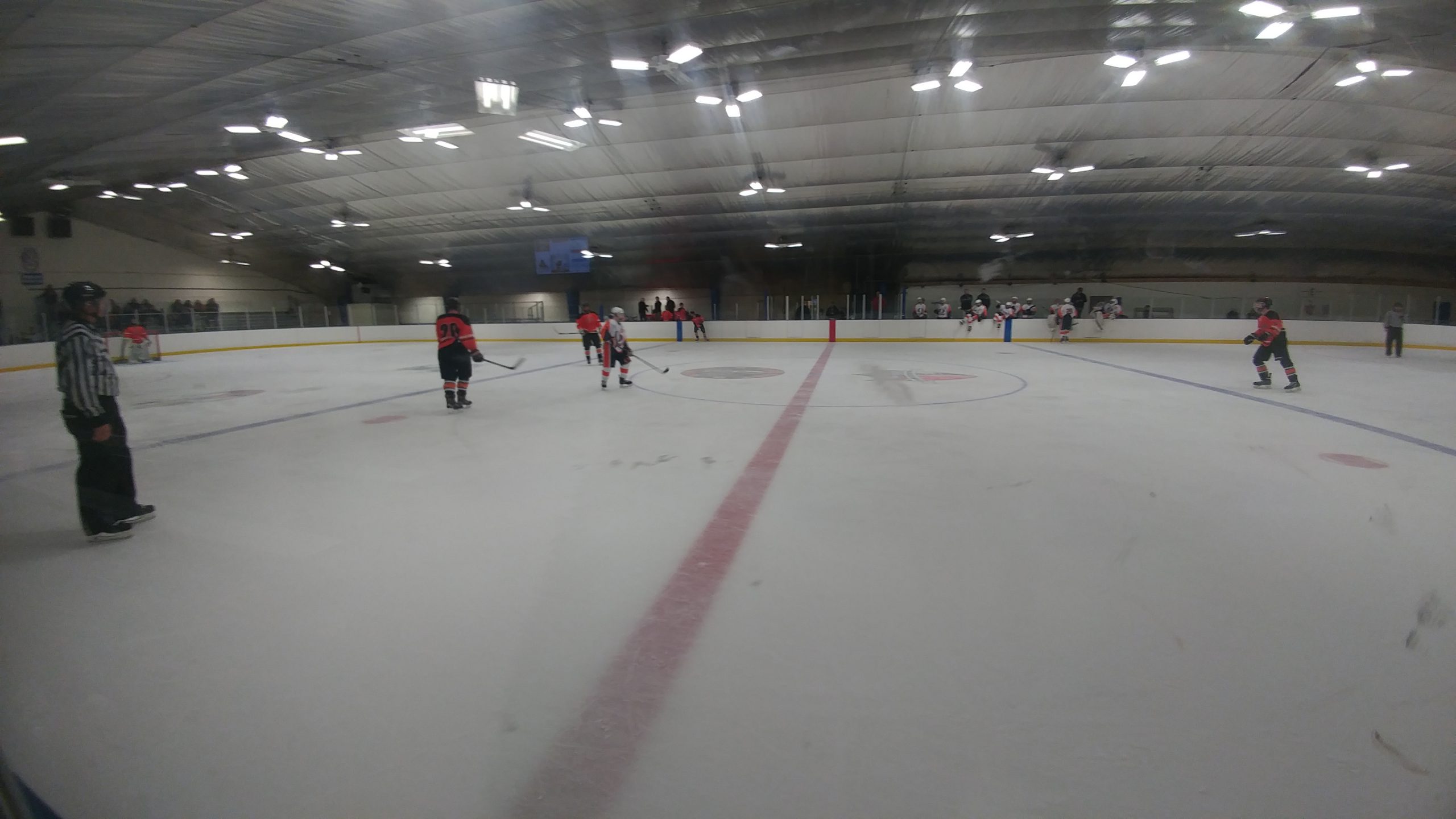 PARMA, Ohio- The North Olmsted Eagles and Orange Lions battled for a spot in the Bruce Anderson Memorial Championship Game. The winner would take on Chagrin Falls, who won their game earlier in the day.

North Olmsted was able to get on the board first with a strong first period culminating in a marker. Though only having eight skaters on the squad, the Eagles executed line changes at the right moments to set up a Cameron Wandrie goal at the 13:40 mark of the opening frame. North Olmsted went into the locker room with a 1-0 lead over Orange.

Orange battled back with the equalizer from Jake Sonkin at the 9:11 mark off the power play following a Jake Hirz roughing penalty sent him to the sin bin. Wandrie and Zach Cohen exchanged goals in the span of a minute and the teams went into the break tied at 3. Cohen claimed the Lions’ first lead at the 12:03 mark until Shawn Donovan evened the game again in the middle stanza in the last minute.

The third period showed how persistent the Eagles are, Hirz and Riley Vertosnik iced the game in the middle of the third. Orange wasn’t able to get past the brick wall of North Olmsted’s Joey Warszawski. Warszawski turned up the intensity and played well as the game got into crunch time.