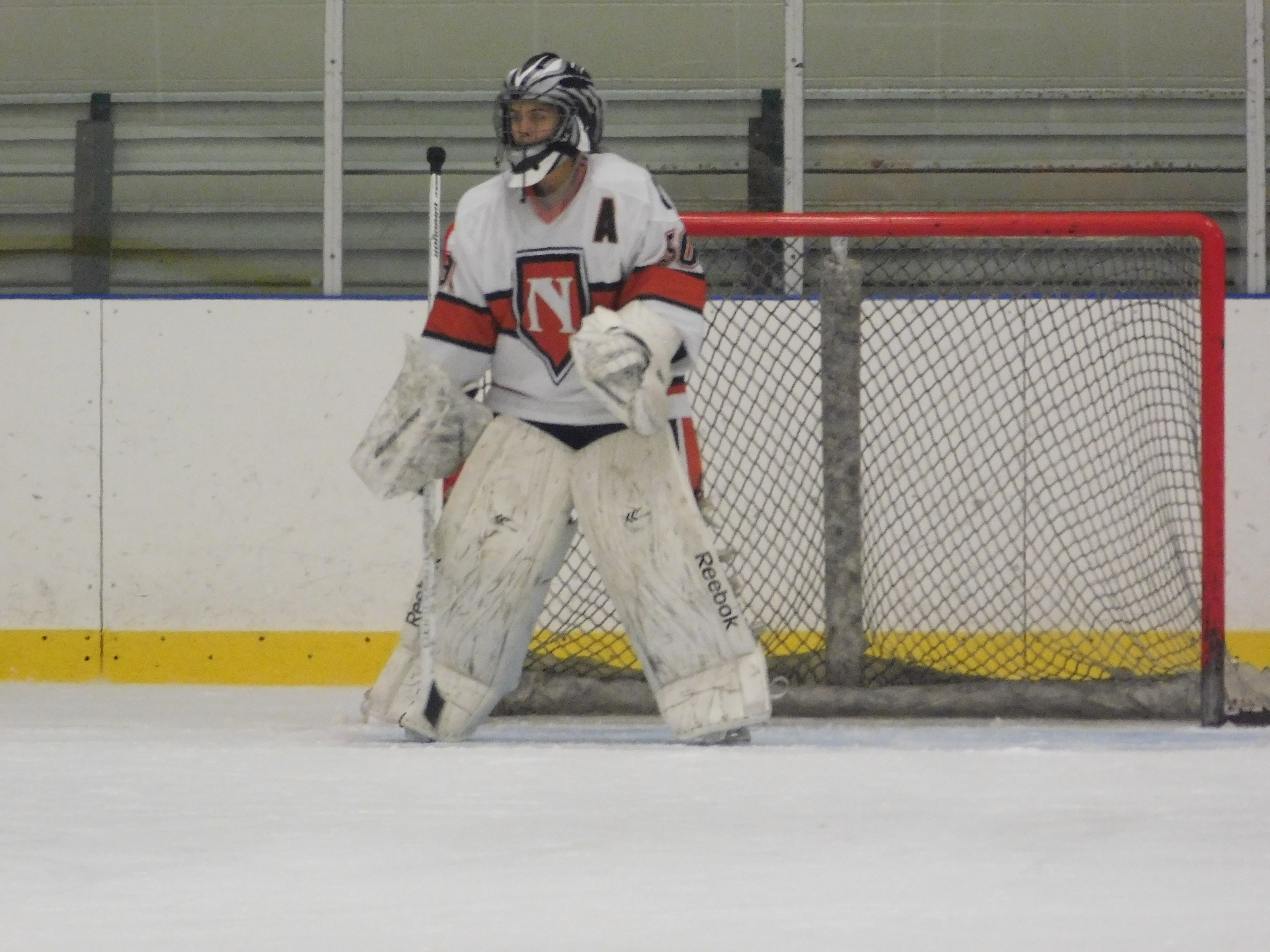 PARMA, Ohio- The Normandy Invaders opened up GCHSHL play on Sunday against the North Canton Hoover Vikings at the Ries Arena in Parma. The Invaders were riding a two-game winning streak that had been created in the Bruce Anderson Memorial Tournament that Normandy hosts at the beginning of the high school hockey season. North Canton skated on to the ice for only the second time this season after falling to Twinsburg in their season opener, 7-3. The matinee matchup showed who had more games under their belt to start the season and who was still trying to find their footing in the new campaign.

The Invaders controlled the opening frame with a methodical dominance. After keeping the puck inside the offensive zone for the first seven minutes of the game, Normandy finally struck successfully to find the game’s first marker of the afternoon. Jason Pierzchala got the Invaders on the board at the 7:28 mark after beating North Canton’s goaltender Michael Hall for the score. Last year’s leading goal-scorer Brennen Sutton was not too far behind his teammate and made it 2-0 off of a power-play goal at the 8:17 mark of the opening frame. Normandy went into the break with a 2-0 lead and all of the momentum on their side.

Lukas George tacked on a marker of his own at the 8:12 mark to make it 3-0 Invaders. Normandy was halting North Canton anytime they tried to cross into their defensive zone. Hard checks and tight assignments helped keep a lot of the pressure off of Senior goaltender Alexis Ryan. With a 24-10 shots on goal advantage heading into the final fifteen minutes, the game was in command for Normandy.

Jason Pierzchala notched his second marker of the day just 1:53 into the final frame and in the process extended the Invaders’ lead to 4-0. The two teams exchanged goals after that but the result was never in doubt as the final minutes waned off the clock. The Invaders picked up the win to start off GCHSHL play while North Canton fell to 0-2 inside league play. Normandy outshot the Vikings, 41-18. It was an impressive showing by a team that was wondering where their scoring would come from.

The two teams battle CVCA in their next contest, as North Canton plays the Royals on Friday and Normandy plays CVCA this Saturday.