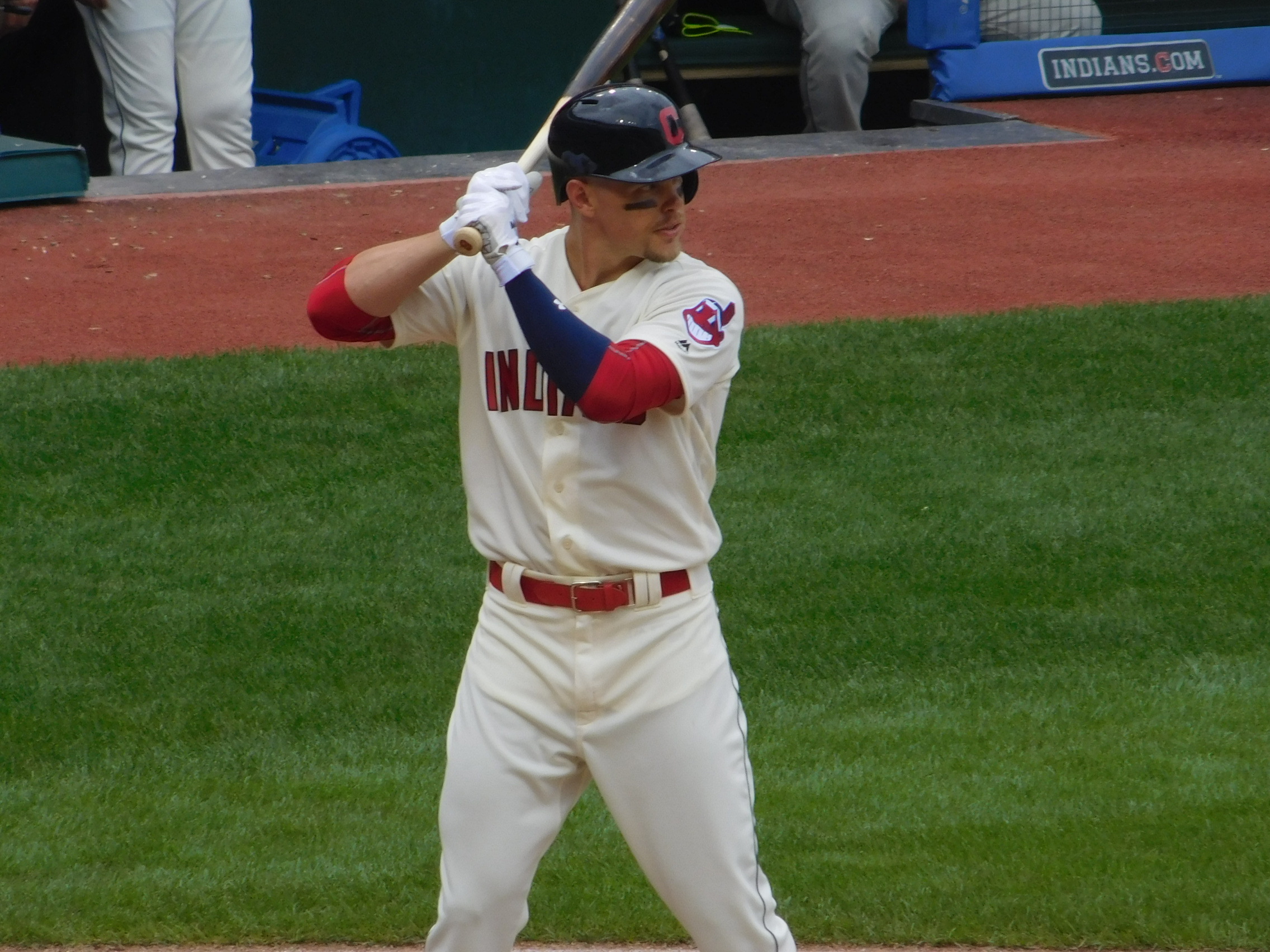 The Indians took on the Cincinnati Reds today in Arizona and defeated the Reds 6-4. Josh Tomlin started Sunday’s game against the Reds and pitched in 6.2 innings, gave up three hits, allowed two earned runs, walked none, and struck out six batters.

Our Ashley Bastock wrote about the news that Michael Brantley will be starting the year on the DL, and Tyler Naquin will be making the opening day roster.

Ashley also wrote about the news of Mike Napoli signing a contract with AAA Columbus, which can be found HERE.

Terry Francona commented on Napoli playing for the Columbus Clippers and stated that he still thinks that Napoli can play in the MLB, but is thrilled that he is still in the organization.

Francona: 1B/DH Mike Napoli has agreed to go to Triple-A Columbus. Manager still thinks Napoli can play in MLB, but thrilled to keep him in org for now.

Ryan Lewis of the Akron Beacon Journal wrote a piece on Brandon Guyer feeling good in his return for Ohio.com on Saturday.

Guyer had the following to say:

“Ever since surgery, my goal was to be good for Opening Day, but once I had that setback and stuff, I said, ‘I want Opening Day, but I just want to be healthy for the majority of the season. That’s still the focus and mindset, but now that we’re getting closer to Opening Day, I’m getting that itch, I want to be on it and be ready. We’ll see what happens.”

“I’ve knocked the rust off a little bit. But just to get called up and get in a big-league game, it feels good. Just keep going, keep grinding and see where we go from here.”

Lewis also tweeted out news about the Indians last roster spot on Sunday:

Last decision on the roster, then, is if Brandon Guyer is ready by Opening Day. If he’s not, then Rob Refsnyder will make the club.

So the Opening Day OF: Zimmer, Chisenhall, Naquin, Davis and either Guyer or Refsnyder.

Heading into Sunday, Yonder Alonso homered in four consecutive games, having a total of five during that four-game stretch. Alonso was tied with the most homers in the MLB with seven. Alonso now has the most home runs by any Indians player since the team returned to Arizona in 2009.

The Indians start their regular season in just four short days, and the team has announced the expected starting pitching matchups for the series against the Seattle Mariners.