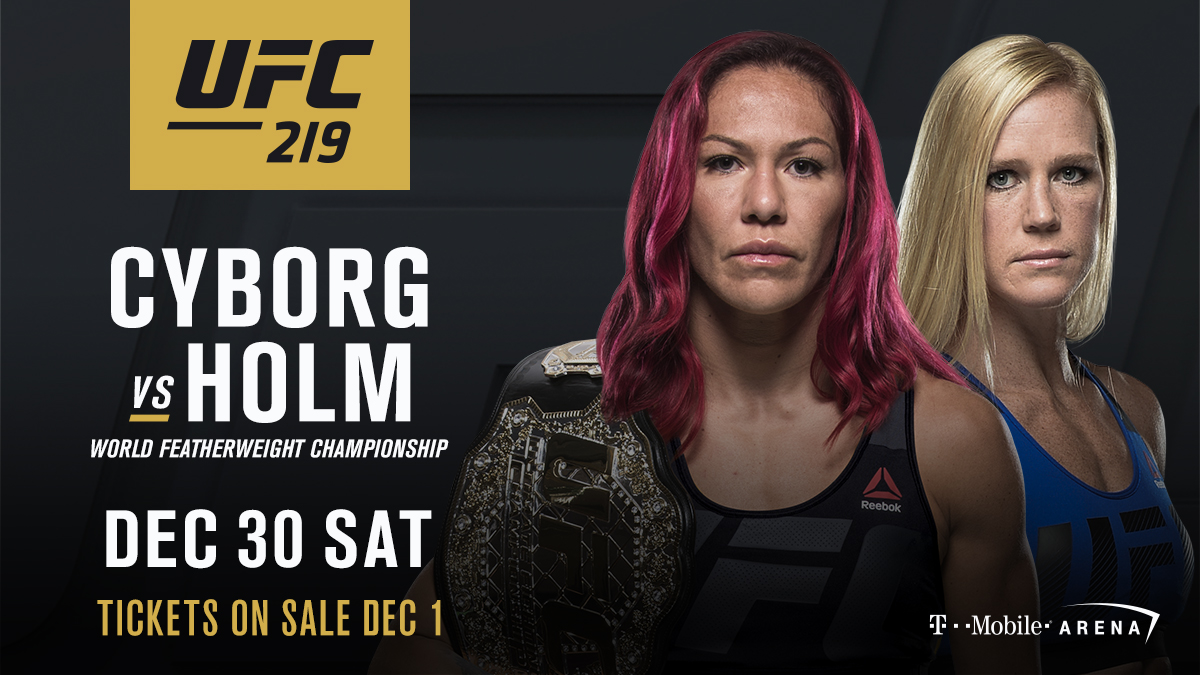 UFC 219 resides from Las Vegas, Nevada tonight in what is the last pay-per-view of 2017 for the biggest MMA promotion on the planet. After displaying three title fights last year, the UFC now will showcase a newly-introduced UFC Women’s Featherweight Championship fight as the last fight of the calendar year. Oddly enough, it’s a woman not many people thought the promotion would ever be interested in making one of the faces of not only their women’s division but the entire roster.

That woman would be Cris Cyborg, who is currently the reigning UFC Women’s Featherweight Champion of the world. Cyborg has only had three fights with the UFC but claimed the 145-pound title in her third fight in the Octagon, defeating Tonya Evinger via third-round knockout to capture the crown. Now she awaits one of the most formidable opponents in the ranks, Holly Holm. Holm will be looking for her second title run in the promotion, last defeating Ronda Rousey in a stunning knockout victory to win the UFC Women’s Bantamweight Championship. Since then, Holm has struggled to find that fire that once had many talking about her as one of the greats. She could resume those talks once again tonight.

Below are my predictions for what is a sneaky good night of fights from the fight capital of the world.