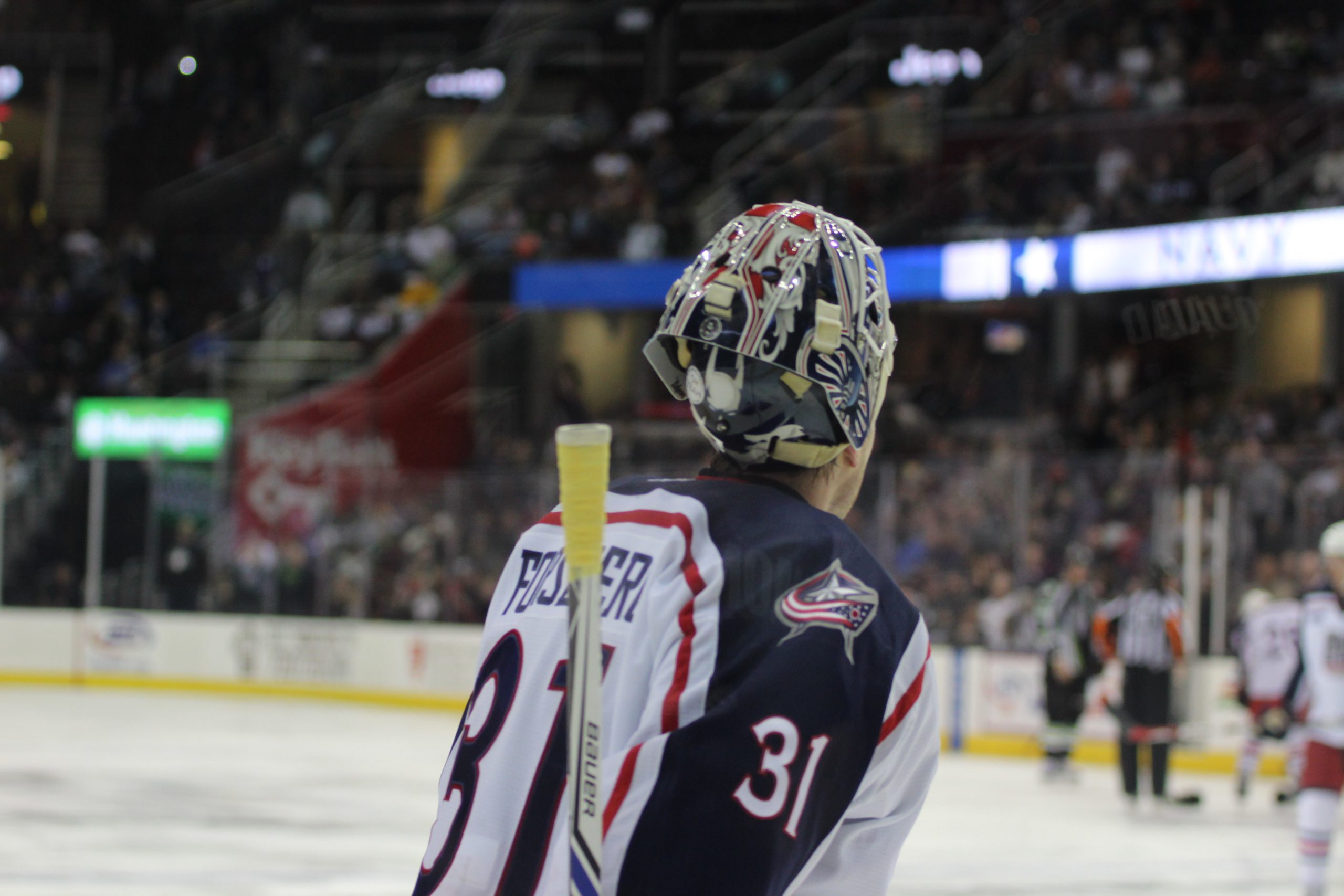 The Monsters are on the road in the middle of a twelve day run and on Sunday afternoon, in DesMoines, Iowa they defeated the Wild by a score of 2-0 bringing their record to 24-20-2-4 after 50 games played this season putting them back in fourth place with a 0.540 winning percentage and 54 points thus far in the Central Division standings.

After the first two periods slid by scoreless, Kyle Thomas pounded home a sharp-angle John Ramage feed from Marc-Andre Bergeron at 3:44 of the third at even strength to deliver the Monsters a 1-0 lead and earn Thomas his first career AHL goal. T.J. Tynan then followed suit for Cleveland and potted an unassisted empty-net goal at 19:22 to seal a 2-0 victory for the Monsters.

Cleveland goaltender Anton Forsberg posted his second shutout of the season on Sunday by virtue of a 28-save performance that pushed his record to 15-12-2 between the pipes this year while Alex Stalock fell to 15-12-6 in net for Iowa despite stopping 25 of the 26 shots he faced.

Next up for the Monsters, it’s a Monday rematch vs. the Wild with full coverage, live from Wells Fargo Arena in Des Moines, IA, underway at 8:00 pm on 99X and the Monsters Hockey Network. Follow us on Twitter @neosportsinside for up-to-the-minute scores and action or @neosi_sprouse and @Eli_Mooneyham for continued updates.