Monsters’ Markus Hannikainen Back To CBJ For 5th Call To NHL 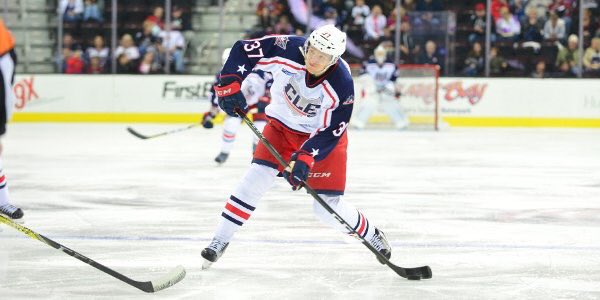 Columbus was able to string yet another win together in the New Year’s Eve matchup with a 4-2 victory to bring the total to 15 straight for the first place Blue Jackets.

In 24 appearances for the Monsters this year, Hannikainen ranks second on the team in goals (9) and sixth in points (14) with eight penalty minutes and a +4 rating to his credit.

Next up for the Monsters, it’s a Friday road clash vs. the Texas Stars with full coverage, live from H-E-B Center at Cedar Park in Cedar Park, TX, underway at 8:30 pm on 99X and the Monsters Hockey Network.