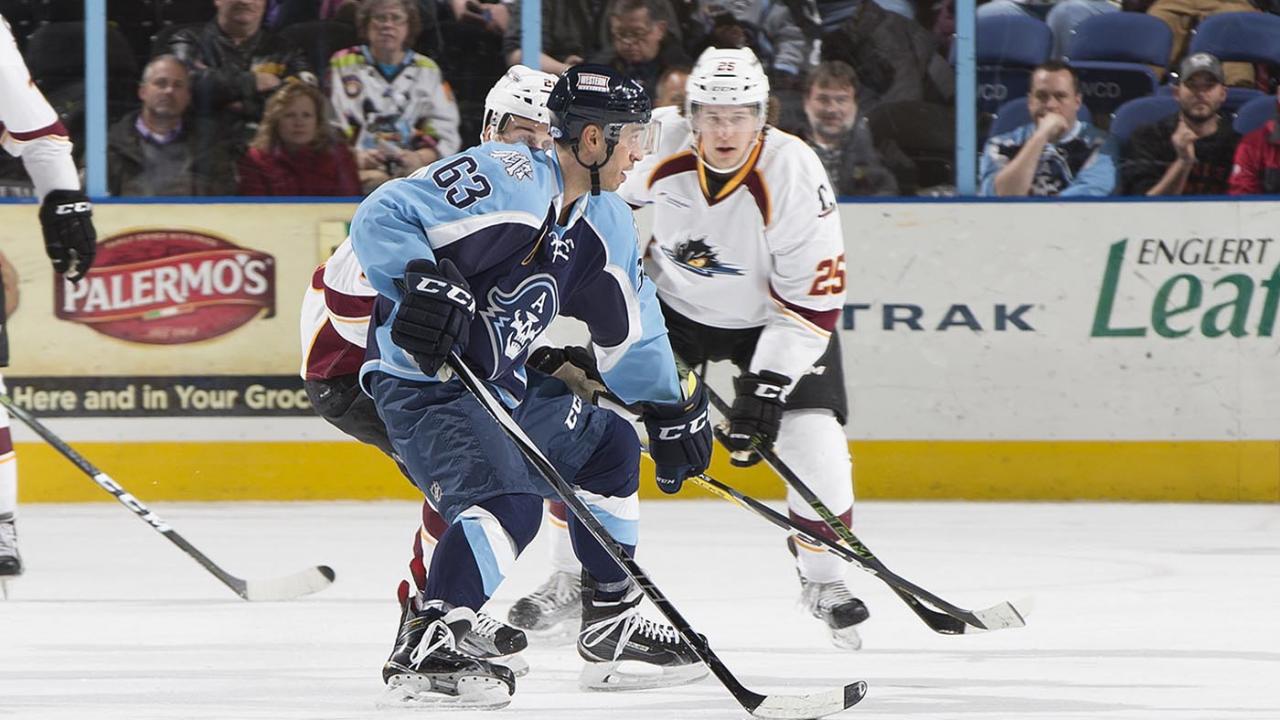 With the win, the Monsters improved to 26-24-3-4 overall this season and with a .518 points percentage, currently remain alone in fifth place in the AHL’s Central Division standings.   The Monsters are now 3-0 against Milwaukee and have 19 regular-season games remaining on the schedule.

After a scoreless opening period, Cleveland surged to a 3-0 lead in the middle frame thanks to even-strength goals from Akim Aliu at 3:17, assisted by Brett Gallant and Joe Devin, Gallant at 13:43, from John Ramage and Ryan Stanton, and Miles Koules at 15:37, with Alex Petan and Kyle Thomas collecting assists on the play. Koules’ goal was his first in his AHL career and came in his Monsters debut.

In the third, Cleveland extended their advantage to its largest margin at 4-0 when Ramage pounded a five-on-five slapper past Milwaukee goaltender Joonas Gunnarsson at 1:04 with Sonny Milano and Joe Pendenza supplying assists on the play.

Milwaukee clawed back into the game, though, with three unanswered goals, from Frederick Gaudreau and Pontus Åberg on the power-play at 2:17 and 7:56 respectively, and an even-strength Petter Granberg score at 11:13, to draw the Admirals within one at 4-3.

A Milano empty-netter, however, assisted by Pendenza at 19:55, established Cleveland’s final margin of victory at 5-3. Milano’s goal, his 13th of the campaign, tied left wing Markus Hannikainen for the Monsters’ team-lead.

Cleveland’s Anton Forsberg improved to 17-12-3 in net this season by virtue of a 29-save performance, while Admirals backstop Joonas Gunnarsson is now 3-5-2 following an 11-save showing in defeat on Wednesday.

This was the second of five road games before returning home for St. Patrick’s Day weekend at The Q, Friday March 17 at 7:00 pm against Texas. On Saturday, March 18, 2017, back to back with Texas, the game will be broadcast on FOX Sports Ohio and it’s Bobble-head night where the first 10,000 fans will receive an Anton Forsberg collectable.

Next up for the Monsters, it’s a Thursday road clash vs. the Chicago Wolves with full coverage, live from Allstate Arena in Rosemont, IL, underway at 8:00 pm on 99X and the Monsters Hockey Network.