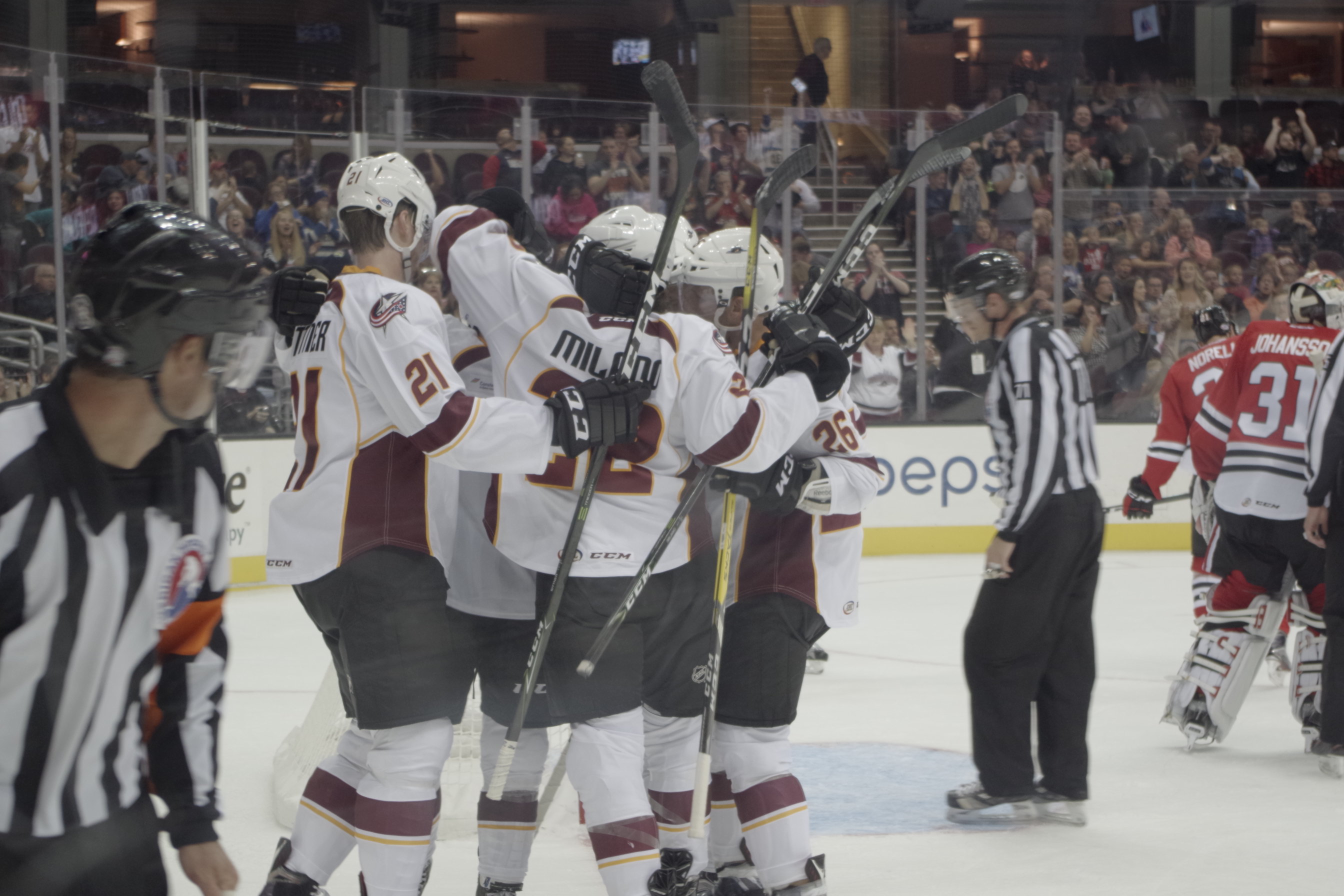 CLEVELAND, Ohio- It was a night of celebration and recognition, as the Cleveland Monsters looked to start off the 2016-2017 season with a win against their divisional foe, the Rockford IceHogs. The Calder Cup banner was raised and the Q was excited for some Monsters Hockey.

After the celebration was over and the puck dropped, it was time for business. Cleveland and Rockford were both ready to battle and start the season strong. Cleveland swept Rockford during the Calder Cup Playoffs, putting away the IceHogs in three straight games. Rockford seemed to remember that early on, as they were very physical. The Monsters were able to set the tone, out-shooting the IceHogs 10-6. The action was intense, as both defenses were very stingy. At the end of the first period, the score was tied at zero apiece. Head Coach John Madden had the first opportunity to show us how the team would adjust going into the second period.

The Monsters came out with the mindset of getting the score first. They did just that, as Sonny Milano got the first score of the season at the 12:46 mark of the second period on a power play goal. T.J. Tynan and Jaime Sifers assisted him on the play. For the rest of the period, the Monsters shut down the frustrated IceHogs. Rockford started to sense that they were running out of time and they still had been unable to find any cracks in Goaltender Anton Forsberg.

The third period shaped out to be a testament to the Monsters defense. After a quick goal twenty-five seconds into the period from Alex Broadhurst, the Monsters felt victory approaching them. The IceHogs were unable to get anything going on the offensive side of things. The game did start to get a little drama-filled. The IceHogs squeaked a goal through Forsberg’s pads with 2:24 remaining. Coach Madden and the Monsters did not let the goal phase them, as they held on to the 2-1 victory.

Anton Forsberg had a 24-save performance, Sonny Milano showed his leadership and Head Coach John Madden secured his first victory as Monsters coach. This team showed why it is so much fun to watch, as they got the season started right. The team looked to move to 2-0 tomorrow. The game starts at 5pm between the Monsters and IceHogs at the Quicken Loans Arena.

Olmsted Falls Scores In Final Seconds To Get Win Over Avon Lake 29-28
Sports On Tap: Week 8 Game of the Week- Aurora Greenmen run past the Copley Indians 42-28.