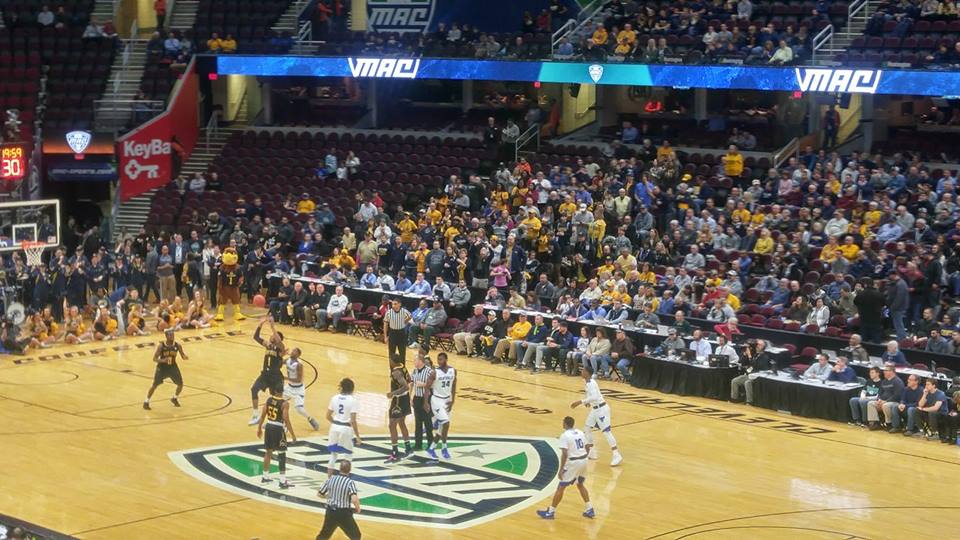 CLEVELAND– The top seeded Buffalo Bulls knocked off the defending MAC Tournament Champion Kent State Golden Flashes with an outstanding shooting effort Friday night from Quicken Loans Arena.  Led by the 22 points of sharp-shooting guard Jeremy Harris, the Bulls toppled the Golden Flashes, 78-61, to advance to the championship game.  They will now take on the winner of Toledo-Eastern Michigan.  Harris finished 5-of-6 from beyond the 3-point arc. 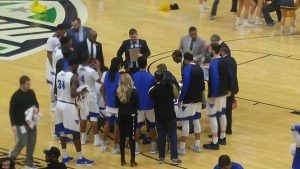 Buffalo came out shooting the lights out, a dizzying display of scoring that saw them put up 39 first half points.  They were dynamite from beyond the arc, going 5-of-10 in the first half while Kent St was ice cold, being held to 2-of-10 during that same stretch.

The Golden Flashes managed to crawl back into it at the tail end of the first half, drawing to within 10 points, 39-29, at the break. The Bulls built that lead behind the 13-point first half effort of Jeremy Harris. 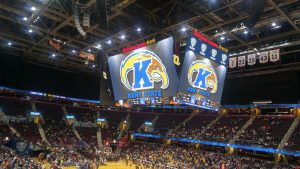 Any chance of a wild second half comeback from Kent State appeared to end only minutes into the second half as Buffalo and Harris once again torched the nets.  Behind red-hot shooting, the Bulls extended their lead to 56-38.  Two huge three balls by Harris during that stretch helped put it out of reach.

Kent State used a brief eight-point run to crawl back in it, but the rally wouldn’t last long as Buffalo simply couldn’t miss.  It didn’t take the Bulls very long to run the lead back out to 18 at the 7:21 mark.  They would cruise on in from there. The Bulls will be a tough matchup for whoever they draw in tomorrow night’s championship game. 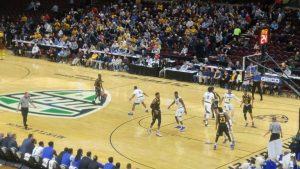 Kent State once again went with a short bench and small rotation, as their starters barely left the court, all playing 30-plus minutes for the second straight day. It became apparent late that they were out of gas and the Bulls kept them at bay to advance. If they win tomorrow, this team could make a run in the big dance.