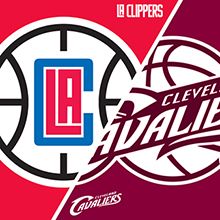 CLEVELAND, Ohio— Entering into Thursday’s matchup the Cavaliers hosted the LA Clippers led by Chris Paul. The Clippers were on a three game losing streak after losing to the Brooklyn Nets 127-122 on Tuesday night.  The Cavaliers guard/forward Mike Dunleavy did not dress for the game.

Early in the 1st quarter the Cavaliers got off with an early lead with Kyrie Irving adding 11 points and Kevin Love adding an additional 9 points and shooting 80% from the field. Although, Kevin Love contributed for 9 points he ended up getting into early foul trouble trying to contain Clippers DeAndre Jordan. The presence of Jordan gave Cleveland matchup issues because Channing Frye wasn’t able to catch a rhythm in action because he picked up three personal fouls quick.

The Cavaliers wasn’t the only ones in foul trouble in the first quarter because Clipper’s point guard Chris Paul was awarded two personal fouls early as well. But that wasn’t a reason why JJ Reddick couldn’t step up as a veteran and find ways to put the ball in the basket, and that’s exactly what he did. Shooting 4 of 6 from the field Reddick finished the first quarter with 9 points and the Clippers ended the first quarter losing to the Cavaliers 24-28. During a timeout break in the first LeBron James was acknowledged of his achievement as Sports Illustrated Sportsperson of the Year award, second of his career.

Coming into the second half the game the Cavaliers fell behind on the score to the Clippers after giving up 34 points in the 2nd quarter. Plus, the Cavaliers just couldn’t get any production from the bench. The third quarter was pretty much the same as the 2nd because the Cavs continued to struggle shooting and foul trouble haunted the team all the way around with JR Smith having 5 fouls, Tristan Thompson with another 3, Kevin Love with 3, and Channing Frye with 4. With all Cleveland’s big men in foul trouble you can see why the team was out rebounded.

The 4th quarter Cavaliers head coach Tyronn Lue started the 4th quarter with his starters but due to the lengthy season he snatched them out the game early in the fourth quarter and used some of his younger players on the team. The Clippers finished out the  game with the win,113-94 bringing their season record to 15-5. As for the Cavaliers they are now 13-4 and get back into action tonight for an away in-conference matchup against the Chicago Bulls.