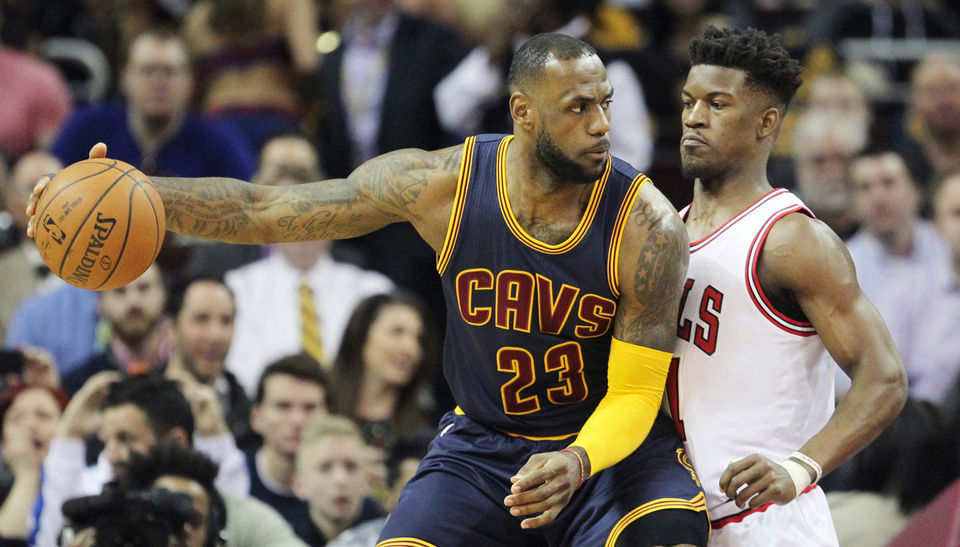 – Cavaliers (13-4, 1st in Central): Cleveland comes into tonight’s game on the tail end of a back-to-back set. As a result of last night’s disappointing 113-94 loss to the Los Angeles Clippers, the Cavaliers are carrying a two-game losing streak.

The Cavs will need to focus; their upcoming stretch of games doesn’t get any easier (at Chicago tonight, at Toronto on Monday, and at New York on Wednesday).

On a brighter note, the Cavs are still holding atop the NBA’s Eastern Conference standings, despite their recent set-backs.

In a recent article from ESPN’s Dave McMenamin, James stated that he and Wade have a strong bond; not just on the court, but off of it as well.

“Any time I see him, I don’t even think about the time on the court. I think about the friendship and the camaraderie that we built over these last 14 years. We’ve got so many memories off the floor, and obviously, you guys know about what happened on the court. Those things are always going to be there. We know what we accomplished. We wanted to accomplish even more, but, it’s a new day, it’s a new time and I don’t think I’m going to look back on it too much.”

– Bulls (10-7, 2nd in Central): The Bulls will be looking to get back into the win column after dropping a tough one to the Los Angeles Lakers on Wednesday night inside The United Center (96-90).

Jimmy Butler leads the Bulls in scoring through the early stages of this year’s NBA season, averaging 27.6 points, 6.4 rebounds, and 3.9 assists per game.

Chicago’s rebounding is mostly done by committee. Taj Gibson’s leads his team on the glass heading into tonight’s match-up with the defending champs, averaging 11.8 points and 8.1 rebounds per game. Robin Lopez trails just behind Gibson with 7.8 boards per game.

Rajon Rondo is the leader in Chicago’s assist department. The former University of Kentucky Wildcat stand-out and 21st overall pick in the 2006 NBA Draft is averaging 8.1 points, 7.3 assists, and 6.7 rebounds per contest.

And let’s not forget about Wade. Through Chicago’s first 17 games of the season, the former Marquette Golden Eagle and 5th overall selection in the (now famous) 2003 NBA Draft is averaging 18.8 points, 4.3 rebounds, and 3.0 assists each time he’s on the court.