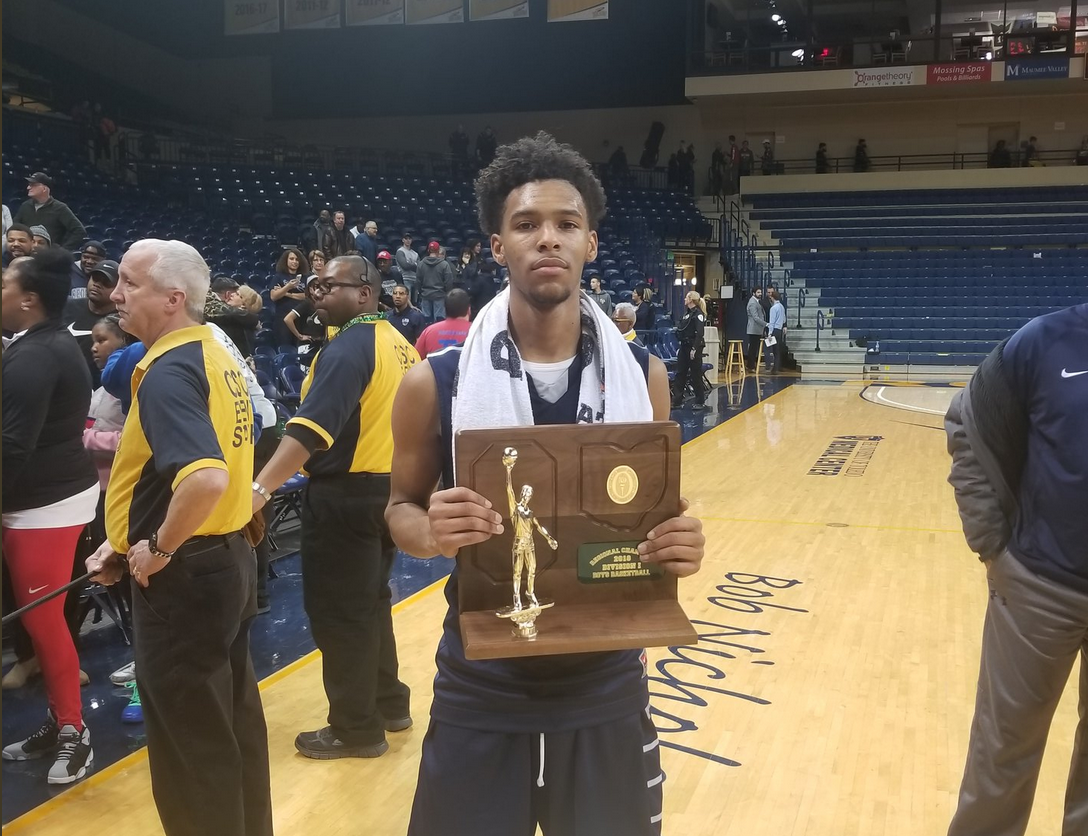 TOLEDO, OHIO– The Lorain High Titans took on the No. 5 Toledo St. John’s Jesuit Titans and won 47-44 to advance to the Division I final four for boys basketball.

This season has been nothing short of magical for the Titans as they have knocked off the No. 5 and No. 8 (St. Edward) teams in back-to-back games to earn a trip to the state semifinals. They will face No. 2 Cincinnati Archbishop Moeller on friday night in Columbus. The other game in the doubleheader will be Pickerington taking on No. 1 Solon.

This game lived up to all the hype a regional finals game is supposed to provide. The Lorain Titans (21-5) came into the game huge underdogs to powerhouse St. John’s Jesuit (22-4). The clash of the Titans went to Lorain as they came out early to start the game and set the tone. They showed that the stage was not to bright and reminded folks they have some stars too.

Saturday afternoon provided a low-scoring slugfest that went back and forth until the very end. Lorain started off with a bang surprising St. John’s getting off to a early lead ,13-4. But back came Toledo to finish off the first quarter to lead 16-13 after one.

In the second quarter St. John’s cooled off and shot only 30 percent from the field to close out the half with a 27-24 lead.

The second half was all Lorain, outscoring St. John’s in both remaining quarters. Houston King fouled out early in the fourth for Toledo finishing the night with 15 points, and that really hurt St. John’s. Senior standout Vincent Williams Jr. showed fans why he is one of the best players in the state. The VCU commit led the team with 19 points, but in the end he was left all alone trying to win the game. Only two other Jesuit players pitched in for the game scoring wise.

Lorain on the other hand slowed the game down grinded out good possessions, playing good team defense when it counted most. Free throws were key down the stretch and Lorain only missed 5 the whole game. They shot 11-of-16 for a 68 percent average to seal the deal.

Devon Grant carried the scoring load for the Titans as he finished with a game-high 29 points to go along with nine rebounds. Jordan Jackson came up huge also pouring in 14 points and five rebounds. Taevon Pierre-Lewis added in four points, eight rebounds, two blocks and one steal. These were the only Titans to score, but it turned out to be enough to send Lorain to its first state basketball appearance since 1988.

Admiral King was the last high school from Lorain to play in the state tournament 30 years ago, losing to Columbus Linden McKinley, 69-68. The last state title for Lorain came in 1980 as Admiral King won beating Columbus Linden McKinley 53-51 in overtime. Only two more possible games left for the Lorain Titans and the road only gets tougher as the No. 1 and No. 2 teams still await as possible opponents. Stay tuned because more history might be made by this scrappy young Lorain team.