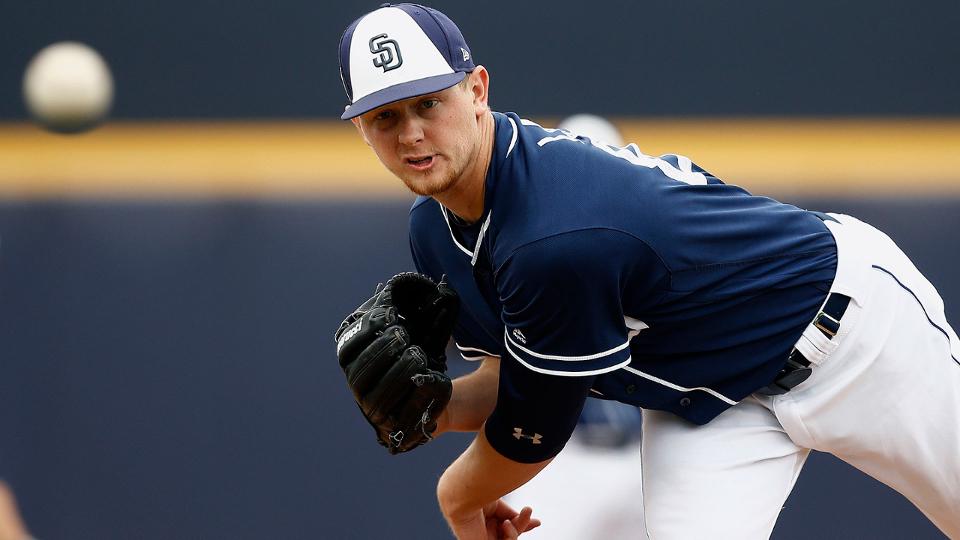 It was just a few years ago that fans were watching Eric Lauer pitch out in Grafton for Midview High School, making a big impression enough to eventually get drafted in the first round by the San Diego Padres.

Tonight his dream will come true, as the Northeast Ohio product will take the mound for his Major League debut pitching for the Padres against the Colorado Rockies.

The 22-year-old Lauer was the 25th overall pick in the 2016 draft out of Kent State, where he was equally as impressive as he was in high school pitching for the Golden Flashes.

While at Midview in his senior season pitching and playing first, Lauer was unhittable, going 7–0 with a 0.15 ERA, allowing one earned run in 47 innings pitched.

Lauer started this past season at Triple-A El Paso, going 2-1, 3.00 in three starts and in 18 innings allowed 11 hits and six walks with 19 strikeouts.

“He’s got deception and life to his fastball,” Padres manager Andy Green said.

“There’s deception there; just the way arm works causes people not to see it well in most instances. And when he’s been successful, that’s what you’re seeing. You’re seeing late reads on the fastball, regardless of the fact that it’s not 95 miles an hour.

Tonight, he’ll get to live his dream with a lot of his hometown fans back in Grafton watching as he takes the mound for the first time.