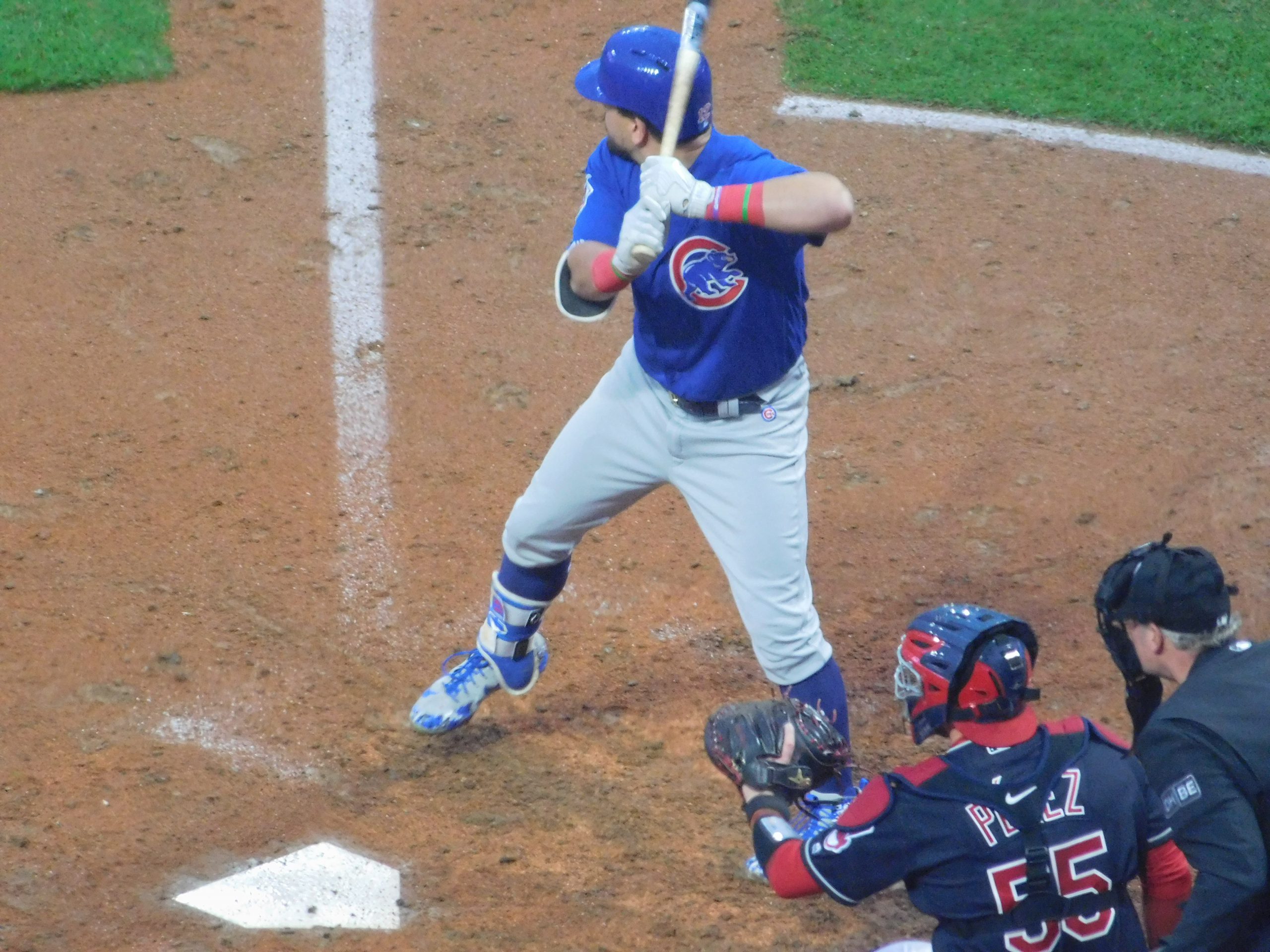 CLEVELAND– It was the first time the Cleveland Indians and Chicago Cubs have faced off since the 2016 World Series, and while plenty of things have changed, many still remained the same on Tuesday night.

Rain came down, Kyle Schwarber hit, and old faces have come and gone (looking at you Rajai Davis), but the Cubs still came out on top in this one, 10-3. It’s the second time this season the Tribe has surrendered double-digit runs.

Chicago got their bats going early, building up a 3-0 lead by the middle of the third inning. They lit up Josh Tomlin (0-3, 9.24) and scored a season-high four home runs in the first four innings. All nine Cubs got at least one hit during the game.

While they led 5-1 by the time Tomlin was pulled in the fourth inning, the Cubs tacked on three more runs in the seventh on Zach McAllister and two more on Matt Belisle in the ninth.