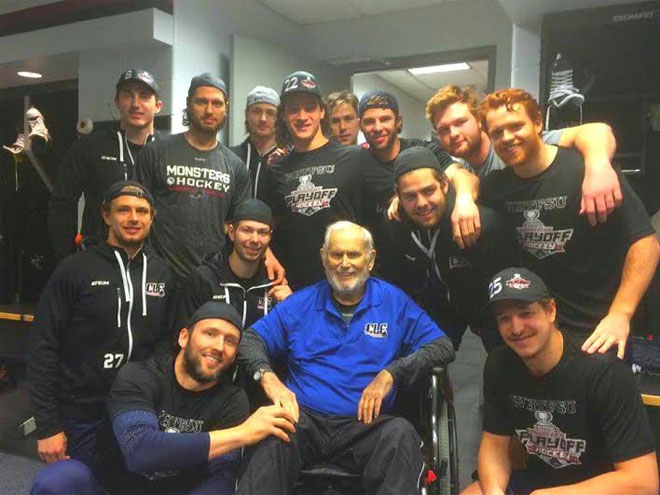 Simon was known from his start in the 1940’s, where the hometown kid became the stick boy for the Cleveland Barons. From there, Simon worked his way up. Simon had experience as the visiting team’s equipment manager, equipment assistant, goal judge and assistant equipment manager. From the Barons to the Lumberjacks all the way to the Monsters, Phil Simon was the heart and soul of Cleveland Hockey.

The main story of this season has been “Win It For Phil”. If you go to a Lake Erie Monsters game, you will see outpouring support for the Cleveland Hockey mainstay. On Saturday, the Monsters look to win the Calder Cup. “Win It For Phil” has been the motto for this season, and this Saturday will hopefully complete that journey.