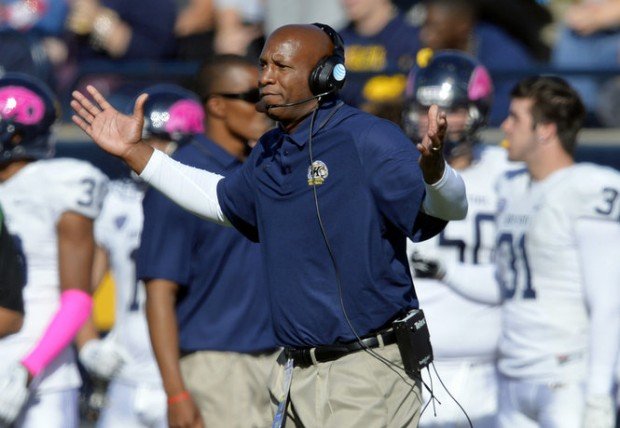 News broke late Sunday night that Kent State head football coach Paul Haynes will be taking a leave of absence from the team and will miss the first 2-3 games of the 2017 Golden Flashes football campaign.

Haynes’ absence is health-related, though details of the situation were not released to the public. Kent State Athletic Director Joel Nielson released a statement Sunday about the situation:

“We fully support head coach Paul Haynes during his leave. Our thoughts and prayers are with the Haynes family as we look forward to his return to Kent State.”

Don Treadwell, the offensive coordinator and quarterbacks coach for the Golden Flashes, will serve as the interim head coach during Haynes’ absence.

The Golden Flashes have had a rough stretch over the last four seasons with Haynes at the helm, only winning 12 of their 47 games played.