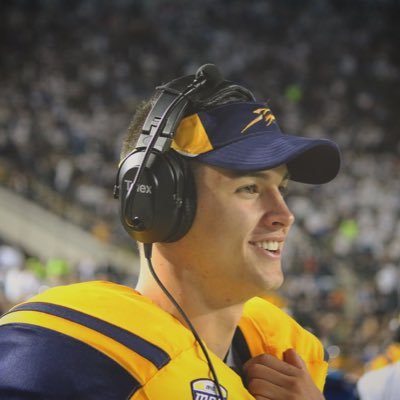 As voted on and released via media per the MAC Conference.

Miami senior running back Alonzo Smith rushed for a career-high 164 yards on 19 carries to help Miami to its first win of the season in a 38-23 win at Bowling Green. Smith now has 2,087 career rushing yards which ranks 12th all-time in Miami football history.

Buffalo senior linebacker Khalil Hodge (Stockton, Calif.) recorded a season-high 15 tackles and added a tackle for loss in a 42-13 win over Rutgers on Saturday. Hodge spearheaded a Buffalo defense that allowed the Scarlet Knights to score only one touchdown and 284 yards of total offense. Hodge had six solo tackles and assisted on nine others. Hodge and the Buffalo defense limited Rutgers to eight 3-and-outs in the game.

Akron senior kicker and punter Nick Gasser (Liberty Township, Ohio) converted two field goals of over 45 yards in a 26-13 loss at Iowa State.  Gasser nailed a 45-yard field goal in the second quarter to tie the game at 10-10, which tied his career long. In the third quarter, Gasser re-set his career high with a 49-yard field goal to pull Akron within four, 17-13. Gasser also punted six times for 226 yards (37.7 average). He also connected on the PAT after Akron’s touchdown, finishing with seven points on the day.

Toledo junior quarterback Mitchell Guadagni (Hudson, Ohio) accounted for six touchdowns in a 63-44 win over Nevada. Guadagni completed 15-of-24 passes for 211 yards and four touchdowns. He also rushed for a career-high 131 yards and two touchdowns, including a 27-yard touchdown run in the second quarter and a 34-yarder in the fourth quarter that closed out the scoring in the contest. He became the first Toledo quarterback to rush for 100 yards in a game since Aaron Opelt (109 yards against Colorado, Sept. 11, 2009). His 131 rushing yards are the second most in program history by a quarterback, trailing only Maurice Hall’s 142 yards vs. Bowling Green in 1979.

Eastern Michigan junior defensive end Maxx Crosby (Colleyville, Texas) tallied a career-high eight tackles, 2.5 sacks and 3.5 tackles for loss in a 23-20 OT loss at San Diego State. It marked the fourth multi-sack game of his career. He was part of an Eastern Michigan’s defense allowed San Diego State just 100 yards and a field goal in the second half. It marked the third-straight game this season that the Eagles had limited an opponent to less than 175 yards in the final 30 minutes. For the season, Crosby ranks second in the MAC and seventh nationally with 3.5 sacks. Crosby’s 16.0 career sacks are slotted fourth in the Eastern Michigan record books and he trails Kevin Howe’s third-ranked mark by 1.5, while he is 9.0 off Avery Brown’s program record.

Western Michigan freshman kicker Gavin Peddie (Grandville, Mich.) was perfect with converting 2-2 field goals and all four PATs in a 34-15 win at Georgia State. Peddie handled the kicking duties for the first time this season and was 2-for-2 in field goal attempts and 4-for-4 on PATs, accounting for 10 of Western Michigan’s points. Peddie nailed a 24-yard field goal in the first quarter for the game’s first score and the Broncos never trailed in the contest. He also hit a career-long 38-yard field goal in the second quarter that provided a 13-3 lead. Peddie made good on all four of his PAT kicks, helping Western Michigan roll to its second consecutive victory and first road win of the season.

Hunek’s Titans Have Many Weapons With The Largest Being Heart!
MAC, GCSC and The Q to Host 2024 NCAA Women’s Final Four in Cleveland