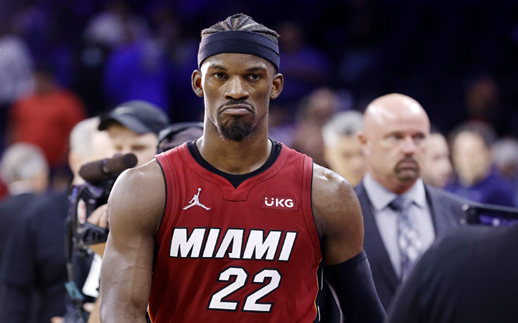 BOSTON – Heading into Game 6, Boston was looking to eliminate the Heat and advance to the NBA Finals. Boston has not made the NBA Finals since 2010. Meanwhile, the Miami Heat were looking to stay alive and extend the series to Game 7. Boston was coming off a Game 5 road win in Miami. This gave them the momentum heading into action. However, Jimmy Butler and the Heat were not going to go down without a fight.

The first quarter saw Miami jump out to an early lead. They were clicking on the offensive and defensive sides of the ball throughout the quarter. Jimmy Butler was a key component on the offensive end. He scored 14 points in the opening quarter for the Heat. Miami also forced 5 Boston turnovers in the period. Boston got most of their scoring from Jayson Tatum and Jaylen Brown. They each had 7 points in the first. At the end of one, Miami led 29-22.

The Celtics needed more of a boost on the offensive end to stay in the game. They got that in the form of good team defense turning into points on offense. The Celtics returned the favor and forced Miami to turn the ball over 8 times in the second quarter. This allowed Brown and Tatum to continue their hot starts. They each dropped 11 points in the second. Jimmy Butler continued to carry the load for the Heat. He dropped 7 more points in the second quarter to extend his first half total to 21 points. Boston took the momentum heading into the break. After the first half, Boston led 48-46.

With a close first half of action, the second half was sure to offer much of the same. The third quarter started off with Miami catching fire. The Heat were consistently hitting shots and getting stops on the defensive end. With their dominant play, they sparked a 13-2 run throughout the quarter. Miami guard Max Strus showed out in the quarter. He scored 11 points in the quarter. Butler again added 9 points of his own. Miami’s aggressive play was too much for Boston to handle in the third. Miami had an 82-75 lead heading into the fourth.

Miami held the momentum at the start of the quarter and were looking to close out the Celtics. However, Boston came clawing back throughout the quarter. Boston tied the game with 5:31 to go in the game. They were looking to take the lead, win the game, and end the series. However, Butler and the Heat had other plans. Butler had yet another great quarter by scoring 17 points in the final period. In the final minutes of the game, Miami outscored Boston 14-4. This gave them the much-needed victory. Butler also became the 2nd player in NBA history with multiple 40-point, 4-steal games in a playoff series. The only other player to do so was Michael Jordan back in 1988. The win extends the series to a Game 7. The final score of the game was 111-103 Miami.

Miami and Boston will battle in win-or-go-home Game 7 in Miami. The game will be played on Sunday, May 29th at 8:30PM EST. You can tune-in to the game on ESPN.