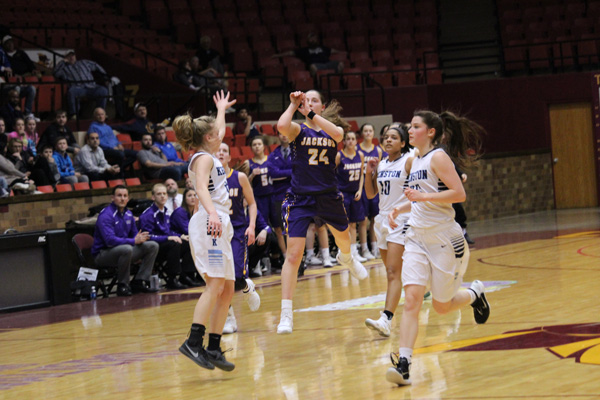 Kenston had a 45-44 victory over Eastlake North to send them to the school’s first Division I Regional. As for Jackson, it is their first Regional appearance since 2015.

The strategy for the Kenston defense was to get the ball out of senior Taylor Mikesell’s hands and see who else on the Jackson team could beat them. For both teams the game started out slow with each team looking to pick each other’s spots in the first quarter. Jackson ended the quarter with a slim 11-7 lead.

It was still a defensive game in the second quarter with both teams struggling to make shots and forcing turnovers. The half ended with a half-court shot from Mikesell to give Jackson the 19-12 halftime lead.

With 6:10 remaining in the fourth, Kenston cut the lead to five giving Jackson the advantage at 33-28. Sophomore Rachel Apshago had a huge fourth quarter with nine points to keep Kenston within striking distance. The Bombers got as close as three with Jackson holding on at 38-35. For Jackson, Mikesell showed why she is considered one of the best players in the state by knocking down late free throws to seal the victory, 45-37.

Jackson will face Solon for a trip to the Final Four.

Note: This will be a rematch of the 2015 Regional Final which Solon won 62-45 over Jackson.

**Click through the photo gallery below for pictures from the game. 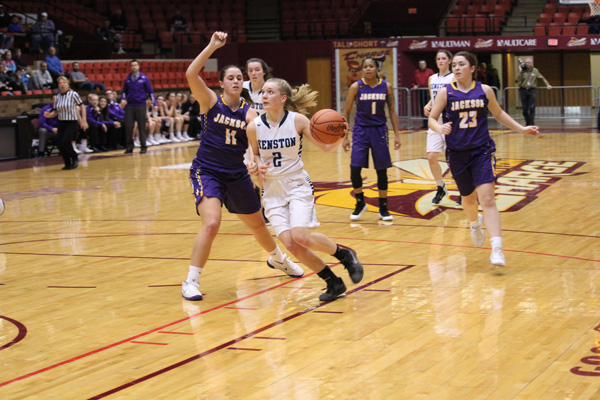