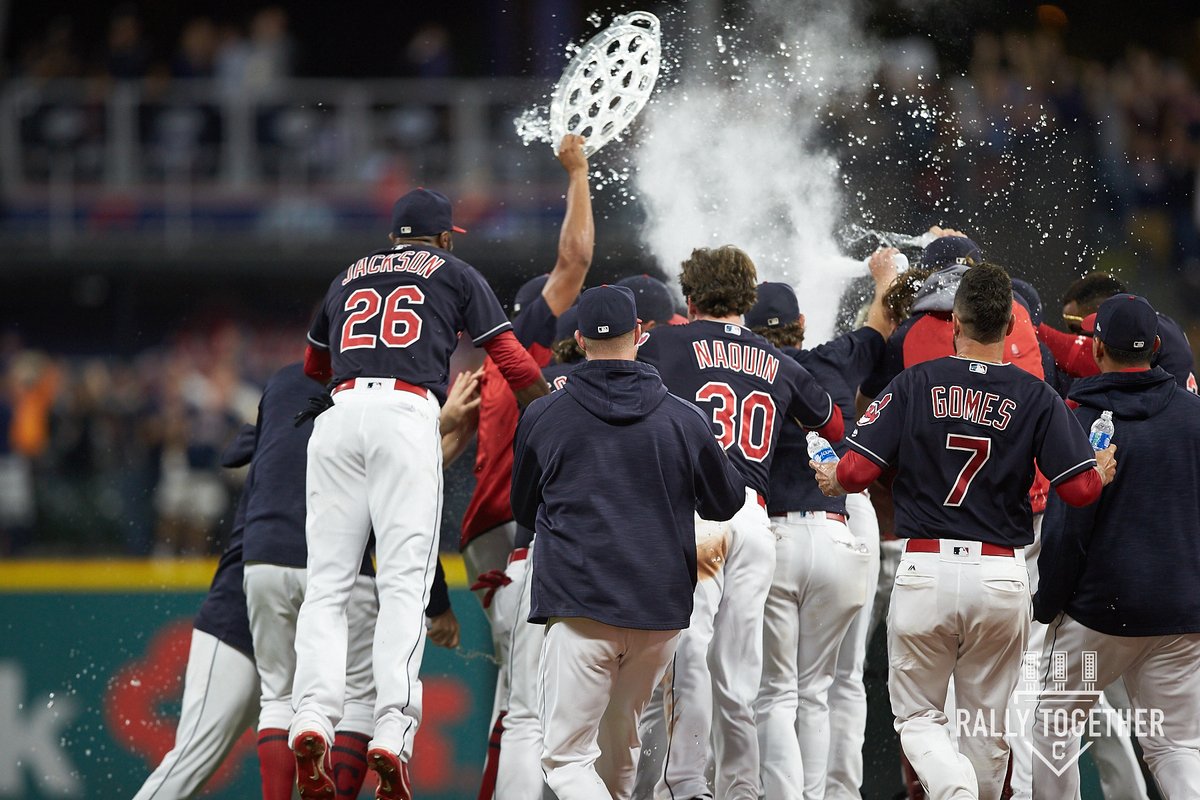 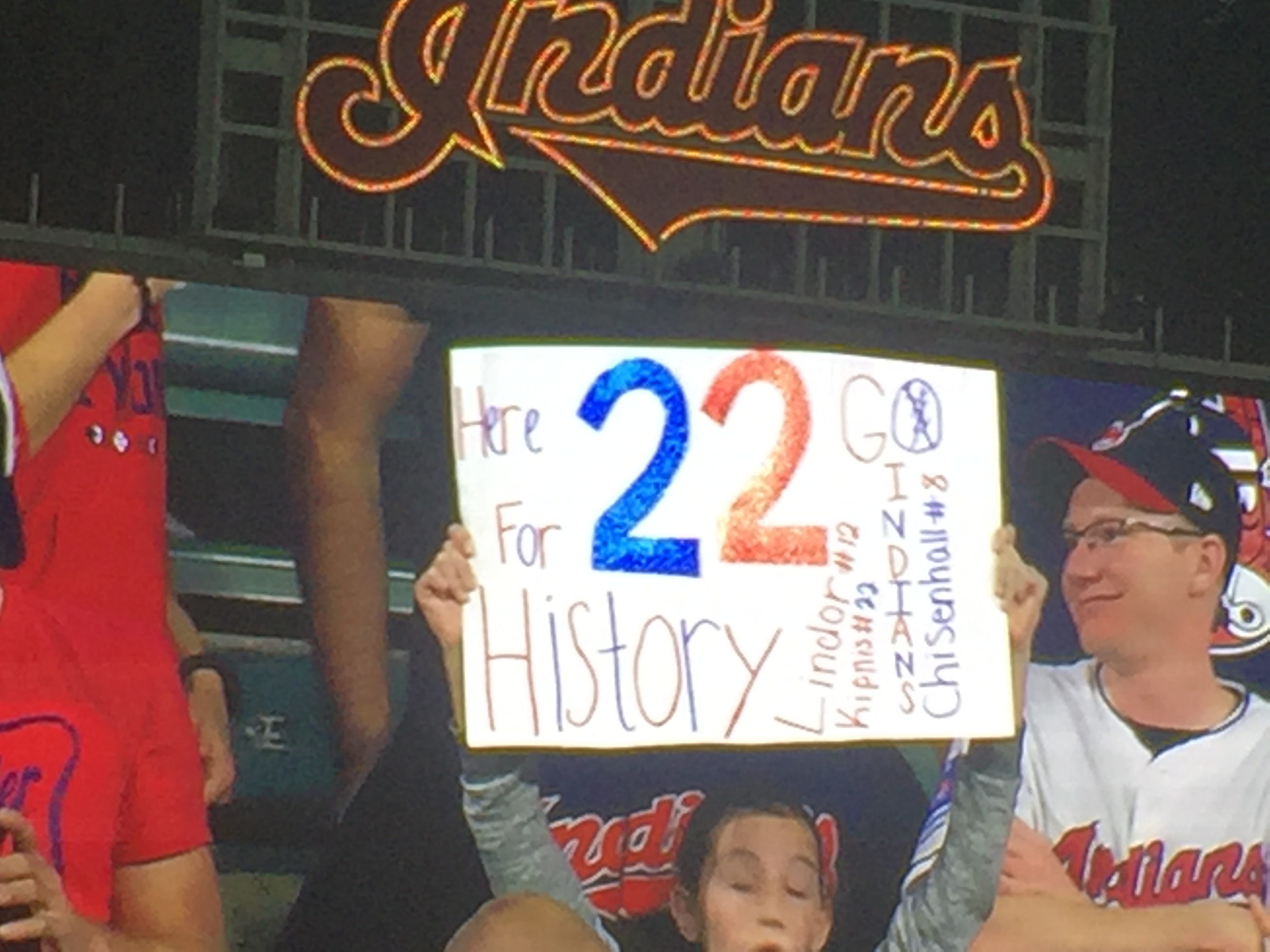 2. Frankie in the Clutch

Down to their last strike and their long winning streak ending, Francisco Lindor did what superstars do, that being come through in the clutch with a double to tie the game at two in the 9th.

Lindor right away when asked about the AB to tie the game wanted to talk about Tyler Naquin and his single through the hole at short that gave the Indians a shot at bringing home the winning run.

Then the shortstop battled Royals reliever Kelvin Herrea, and finally lined a ball the other way, and at first it looked like Alex Gordon might make the play, but instead the ball trickled off the wall, and the tying run came around to score.

Lindor in true Frankie fashion pumped his fist and gave a big smile, and one inning later the win streak was pushed to 22, all thanks to a huge clutch hit.