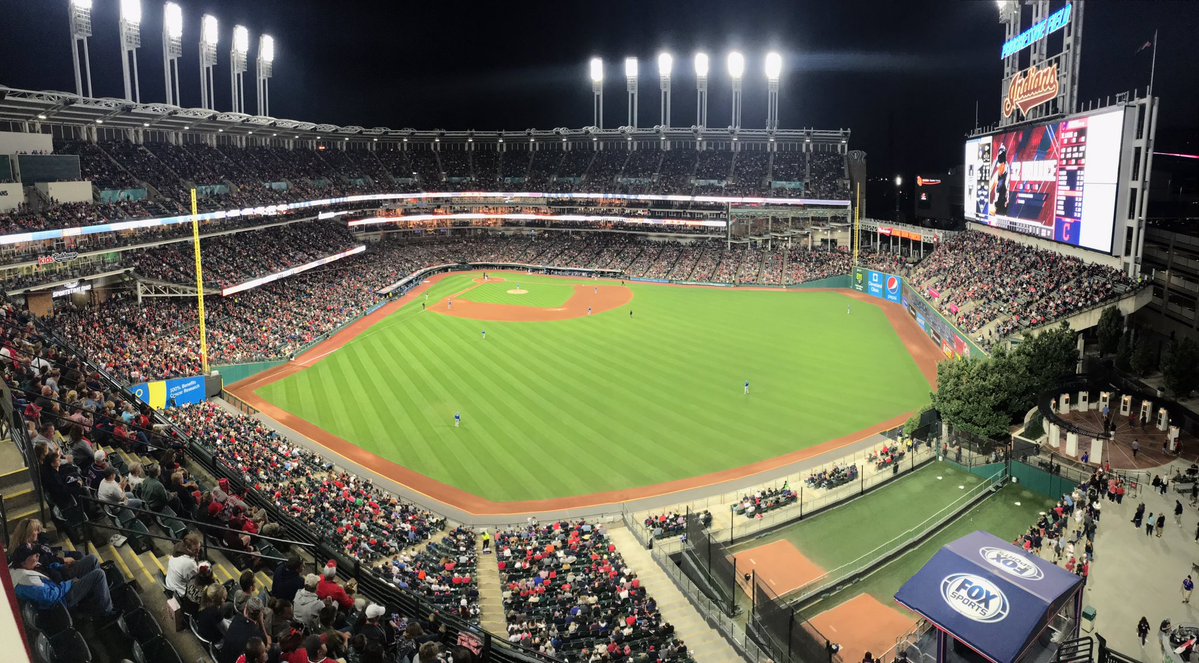 If you were an Indians fan that couldn’t get to Progressive Field last night, you likely had the game on at home on your television set – as more fans than ever turned in to watch the Tribe’s win streak get to 22.

Jordan Bastian of MLB.com tweeted out some numbers on Friday that show just how many people were watching the game as the Tribe rallied from a one-run ninth inning deficit to top the Royals 3-2.

According to the overnight numbers, the game drew the highest numbers ever for an Indians game on the station.

Last night's record-extending win garnered the highest rating ever for an Indians game on @SportsTimeOhio. pic.twitter.com/v2638vx04v

Now that the weekend is here and the streak is alive at the moment, one can only imagine what numbers tonight’s game will draw as the team will look to get to their 23rd straight win.