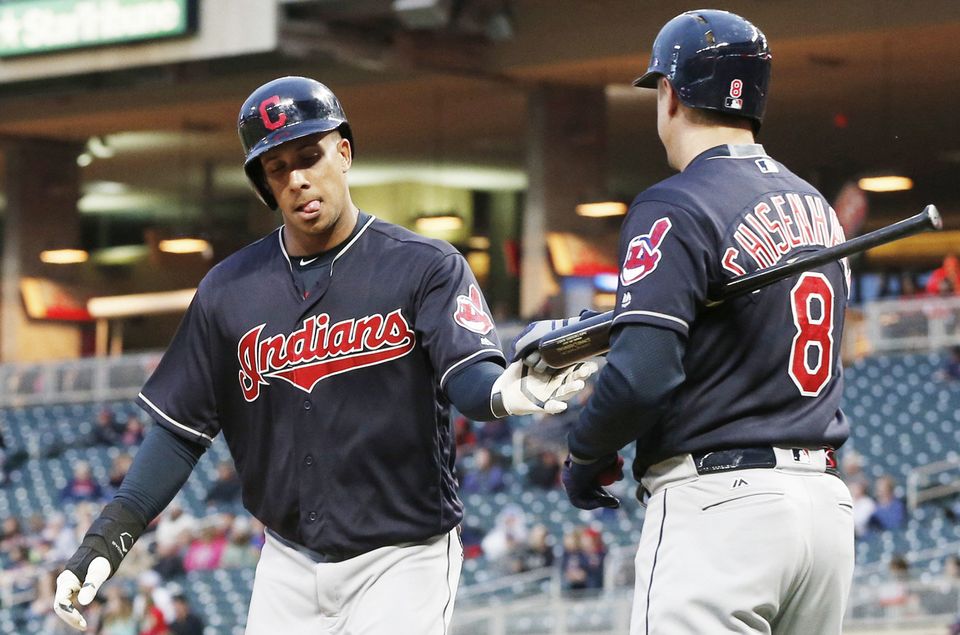 On Wednesday Cleveland Indians manager, Terry Francona gave an update on the injury situations for Michael Brantley and Lonnie Chisenhall.

Michael Brantley has been out since August 9th with an ankle injury.

Francona had the following to say about Brantley:

“Brantley will continue progression the next couple of days with the goal of trying to get into a game this weekend.”

Francona: Brantley (light running today) will continue progression next couple days with goal of trying to get into a game this weekend.

Lonnie Chisenhall has been out with a calf injury since September 15th.

“Lonnie Chisenhall is available off the bench tonight and is likely going to be in the lineup on Thursday.”

Francona: Lonnie Chisenhall is available off the bench tonight and is likely going to be in the lineup on Thursday.

Francona has also given an update on Bradley Zimmer. Zimmer broke his hand on September 10th, when he slid into first base attempting to beat out a ground ball.

“Zimmer had stitches removed from his left hand. Only goal for right now is to get the rookie healthy.”

Francona: Zimmer had stitches removed from left hand. Only goal right now is to get the rookie healthy.

*Quotes from Jordan Bastian of MLB.com*