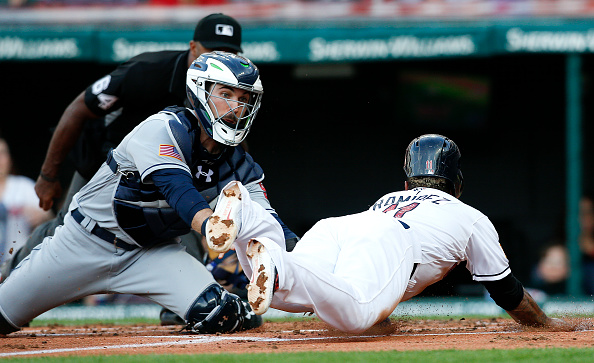 On a night when the fireworks were great, the crowd was into it, and Francisco Lindor had his bobblehead passed out in mass, the Indians again were a letdown, losing the lowly San Diego Padres 1-0 at Progressive Field.

Corey Kluber did his part on the night, striking out 10 in eight innings, but a base running mistake by Jose Ramirez, a defensive letdown in the fifth, and an awful night at the plate overall all equaled another tough to swallow night for the Tribe.

The team is now just 18-22 at home, and while they will come back Wednesday still in first place, this was another shot to go up against a team that is going nowhere to create some distance in the division, and they failed to do it.