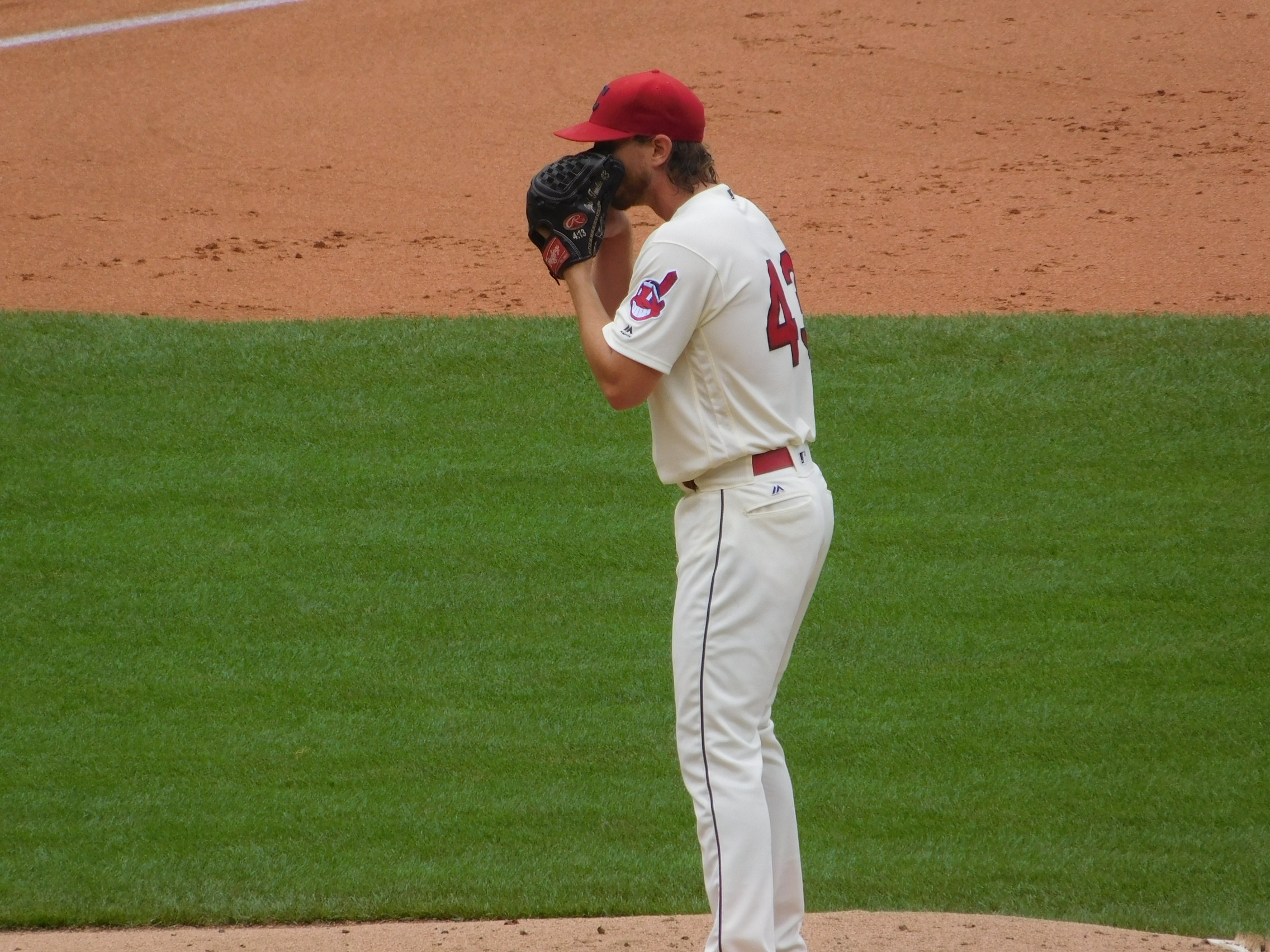 NEW YORK– The Indians last saw the Yankees in Game 5 of the 2017 ALDS. Unfortunately for Tribe fans, on Friday the result for the Indians was the same.

Cleveland fell to the Bronx Bombers 7-6 in walk-off fashion. The Yankees remain one of baseball’s hottest teams, and have now won 13 of their last 14 games. The Indians fall to 17-15 and still have two games remaining against the pinstripes.

Alexi Ogando, who was called up on Friday, records the loss on the mound. Here are three takeaways from the game.

The Tribe bullpen was completely taxed following the extra-inning doubleheader against Toronto on Thursday in which every single relief arm saw some time on the mound. With the team trailing 5-0 however, manager Terry Francona was able to ride Josh Tomlin for seven innings. But after the Tribe came back to tie it up (more on that momentarily), Francona called on Ogando in the eighth.

The Indians, however, fought back to tie the game AGAIN in the top of the ninth (again, more on that coming). But it was Andujar who struck again in the ninth.

Indians closer Cody Allen recorded two outs in the ninth before walking Neil Walker, who when advanced to second on defensive interference. It was Andujar who took a hanging knuckle curve on the fourth pitch of the at-bat and turned it into an game-winning bloop RBI single.

Things looked pretty bleak for most of the game, as the Tribe found themselves down 5-0 following a three-run homer from Gleybar Torreyes and solo shots from both Judge and Gary Sanchez in the fourth and fifth innings. The Tribe, however, would not go quietly and fought all the way back to tie the game in the eighth.

Bradley Zimmer struck first, smacking a three-run homer of his own to center field. Three at-bat’s later, and with only one out, Jose Ramirez took a 94 mph cutter and sent it over the center field wall, also plating Jason Kipnis and tying the game at 5.

In the bottom of the eighth, however, the Yankees would answer as Judge drew the go-ahead walk. But still, the Tribe responded in the ninth as Yan Gomes tied the game once more, scoring on a wild pitch from Aroldis Chapman, who was just one out away from ending the game.

Kipnis struck out during the same at-bat after not checking his swing, sending the game into the bottom of the ninth and stranding Zimmer at third.

Tomlin got a no-decision (saved by the grace of Zimmer and Ramirez), after going seven innings and giving up eight hits, five runs (four earned) three homers and two walks. He struck out four in the outing. His fastball topped out at 89.7 mph, a mark he hit in the first and third innings against Judge and Sanchez, respectively.

Tomlin has now allowed 13 home runs on the season.

On the flip side, C.C. Sabathia put up another good outing for the Yankees.

His evening ended after six innings in which he gave up three hits and no runs while striking out seven. His ERA now drops to 1.39, and if you need a refresher, he’s given up just five earned runs in 2018 so far.

On Friday night, Sabathia had Indians hitters whiffing on pitches all over (and outside of) the zone: 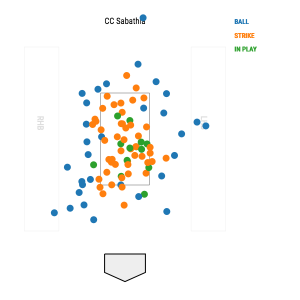