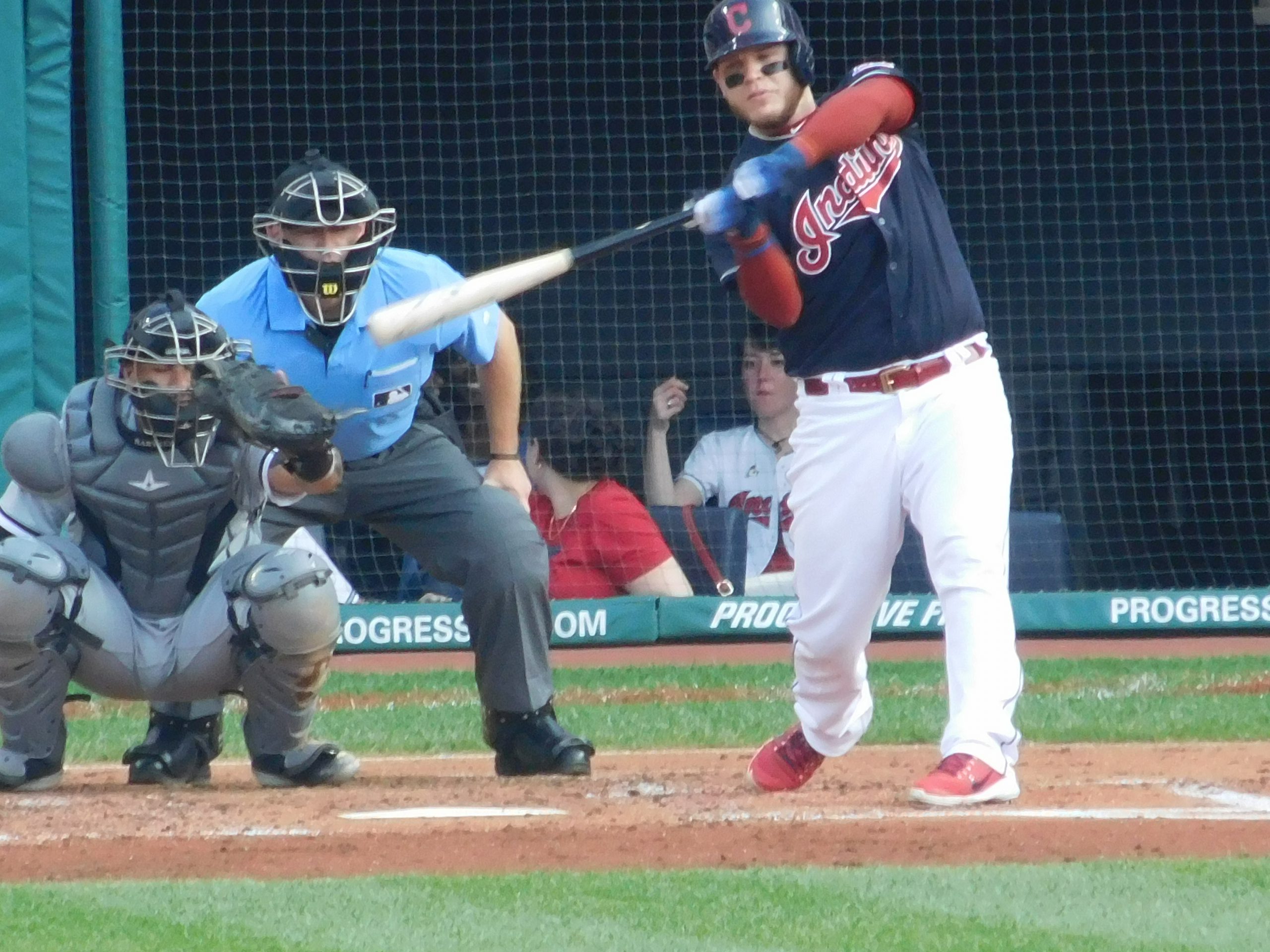 Cleveland- The Cleveland Indians ( 26-27) have now lost six of their last seven games, after falling 12-5 to the Boston Red Sox. Cleveland jumped out to a 3-0 through two and a half innings,Jason Kipnis and Roberto Perez RBIs helped get the Tribe on the board in the first.

Jake Bauers added to the Cleveland lead with an RBI in the third inning, scoring Carlos Santana. This would be the last of the highlights for the Indians, as the Boston offense got going in the bottom of the third.  Red Sox outfielder Mookie Betts singled to right, when a Oscar Mercado error helped score Andrew Benintendi.

Cleveland starting pitcher Jefry Rodriguez was able to get off to a good start, until the Mercado error seemed to rattle him. Rodriguez threw a wild pitch to Boston’s next hitter, scoring Betts from third. The Red Sox offense was just starting to roll in the third, as Boston would go on to score in every inning from the third through eighth innings. Making his seventh career start, Rodriguez was tagged for seven runs, six earned, in 4 1/3 innings, and dropped his third straight start.

The Red Sox used a six run fifth to push the game out of reach for the Indians offense. A Sandy Leon three-run home run in the bottom of the fifth really opened things up for Boston, extending the Red Sox lead to 9-3.

JD Martinez hit his first of two home runs on the afternoon in the sixth, extending the Red Sox lead to 10-3. Boston had now scored 10 unanswered runs. The Cleveland offense was able to score twice in the top of the seventh when Roberto Perez scored Mercado with an RBI single. Then again when Mike Freeman doubled to left in the Indians next at-bat, cutting the Boston lead down to just six.

Martinez’s second home run came in the bottom of the eighth inning when he crushed a 387 foot bomb over the infamous Green Monster. These two teams are back at it Tuesday night when Tribe RHP Zach Plesac will make his major-league debut. This season in Columbus Plesac went 3-0 with a 2.25 ERA in three starts after being called up from Double-A Akron. Combined he was 4-1 with a 1.41 ERA in nine starts, strikeout out 56 in 57 1/3 innings.

Podcast: CLE Sports Talk with Casey Drottar – 5.27.19
Forget About a Rebuild, the Indians Should Look to Get Better Now for a 2019 Run