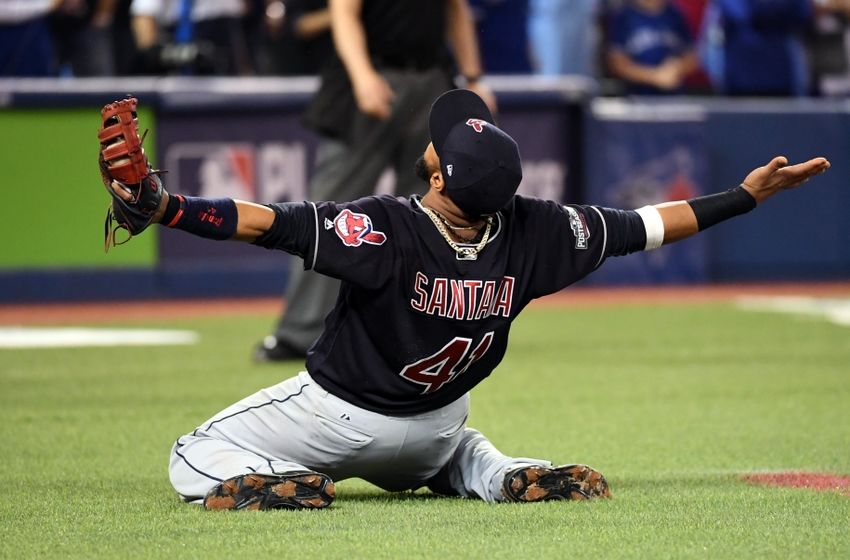 On Monday, the Cleveland Indians extended a Qualifying Offer to Carlos Santana and also denied the 2018 Club Option of Boone Logan.

The following is the press release from the Indians that involved the roster moves above, and a few others:

Extended a 2018 Qualifying Offer to free agent 1B CARLOS SANTANA (has until Nov. 16 to accept or reject QO).

Purchased the contract of C ERIC HAASE from the Triple-A Columbus Clippers.

The 40-man roster is currently at 37 players.

Logan appeared in 38 games in relief and did not pitch after July 20 due to a left latissimus dorsi strain.  He is now a free agent.

Haase, 24, was the club’s seventh-round pick (218th overall) from the 2011 First-Year Player Draft out of Divine Child High School in Dearborn, Michigan, where he was named “Mr. Baseball” in the state of Michigan as a senior.  The right-handed hitting catcher enjoyed his best professional season to date in 2017, hitting .258 (86-333) with 17 doubles, 5 triples, 26 home runs, and 59 RBI in 95 games for Double-A Akron.  He finished second in the Eastern League in slugging pct. (.574) and OPS (.923) and third in the E.L. in home runs. After spending the last two games of the season in AAA Columbus, his 27 home runs between Columbus and Akron ranked third in the organization as was his season OPS of .930.

After leaving Sunday’s game due to illness, Kevin Love returns to practice on Monday
Kluber, Ramirez, Francona all finalists for major BBWAA Awards