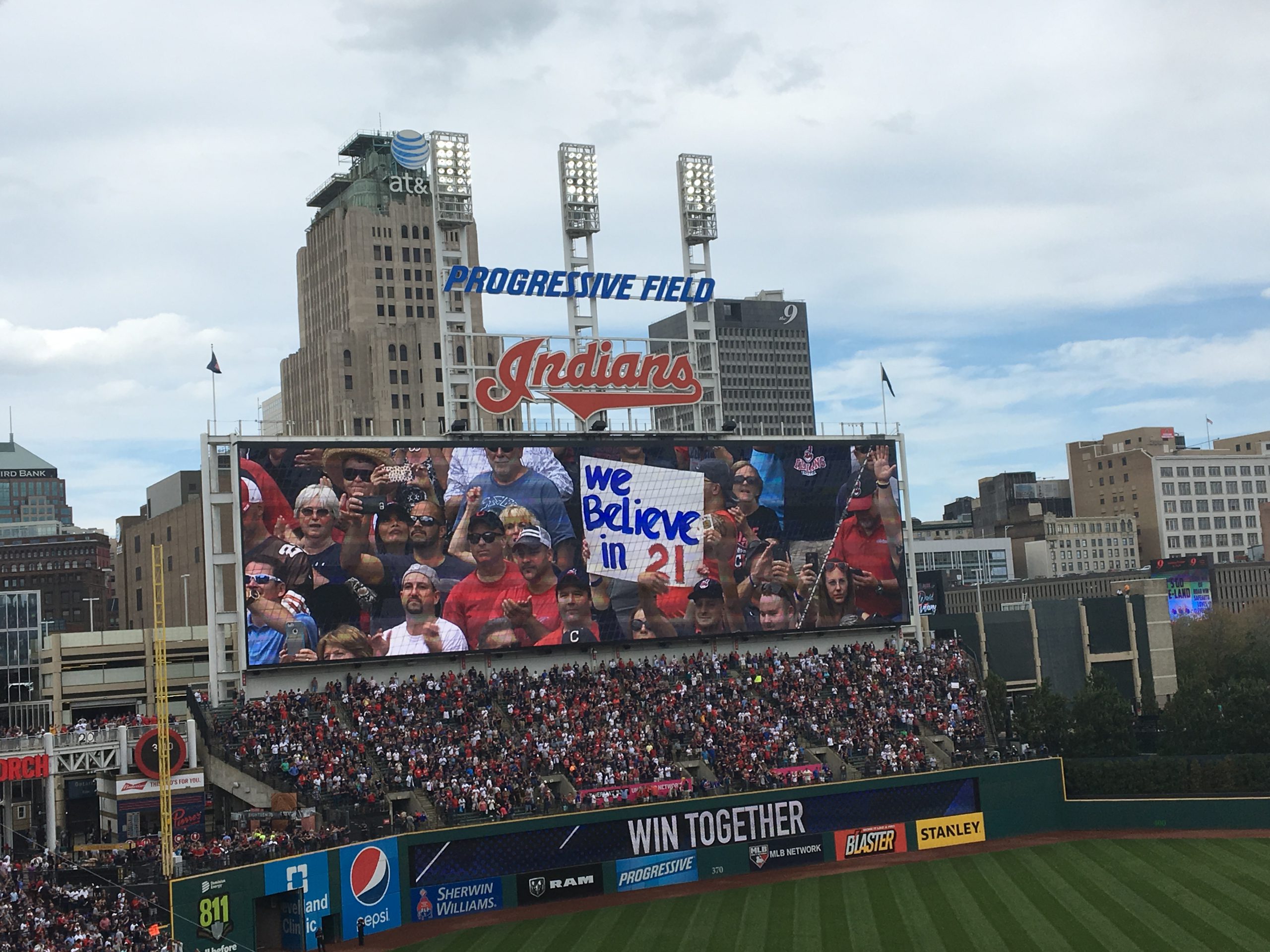 CLEVELAND– As the Indians add wins to their streak, they also continue to add fans.

According to the club, the Indians sold 5,430 tickets on Wednesday alone for a 12:10 start, and 4,523 tickets were sold on Tuesday for the evening game against the Detroit Tigers. Compared to last season, attendance is up 25 percent.

There have also been increased TV ratings. For Wednesday’s afternoon game, the contest drew a 16.67 household rating, equaling about 250,000 homes in Northeast Ohio alone. The last five games are all in the top 10 for the season ratings wise, and compared to September of 2016, ratings are up 50 percent.

All in all, it’s safe to say that Cleveland has Indians fever.