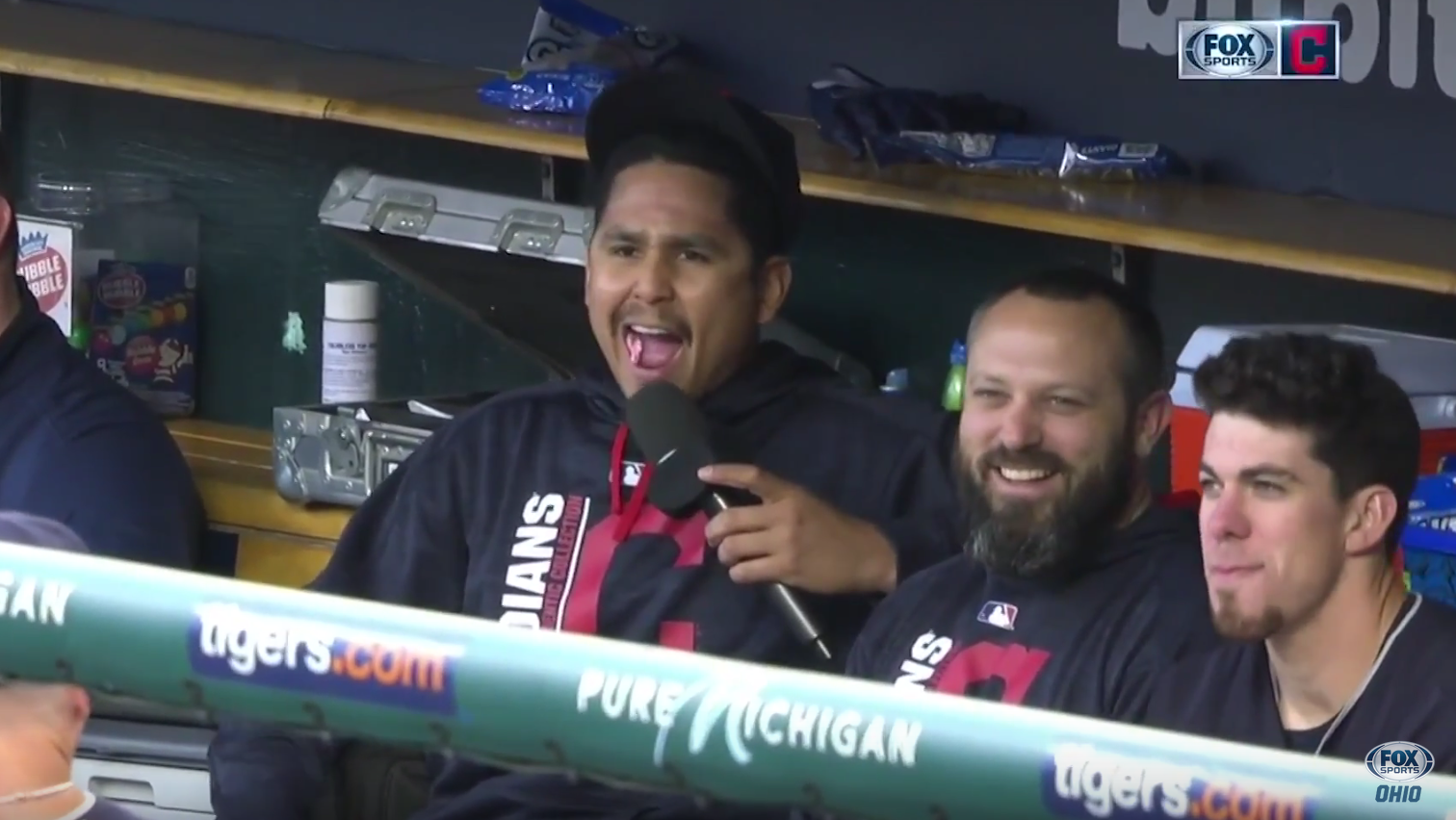 Last night, the Indians mauled the Detroit Tigers, 10-0, en route to their ninth straight victory to tie their longest winning streak of the year.

If you’ve been on Twitter at all over the last 12 hours, however, you know that the story to come out of the game wasn’t any particular at-bat or defensive stop.

Considering this team’s tendency to have fun (see: #MiniTeamCLE2017), and considering the fact they were in the middle of their second doubleheader in three days, it’s really no surprise that they found a way to pass the time and have a little fun at Fox SportsTime Ohio reporter Andre Knott’s expense.

So how did the team pull off the heist? It was a three-man job to begin with. Yandy Diaz distracted Knott, and while his back was turned, Abraham Almonte was able to deftly lift the mic from Knott’s back pocket.

Francisco Lindor also got involved by basically setting a well-timed screen on Knott so that he wouldn’t notice the microphone in Almonte’s arms.

The "Who Took Andre's Mic?" mystery has been solved. pic.twitter.com/Q26jO4MVeA

From there, it was all Carlos Carrasco.

Considering his day was done after a seven-inning outing in game one of the doubleheader, he had plenty of time to offer play-by-play commentary, (like cawing like a bird when Edwin Encarnacion came up) and interviews (asking rookie Greg Allen, who made his major league debut last night, if he “enjoys it already,” being in the big league).

All we can say is never change, Cookie. Never change.