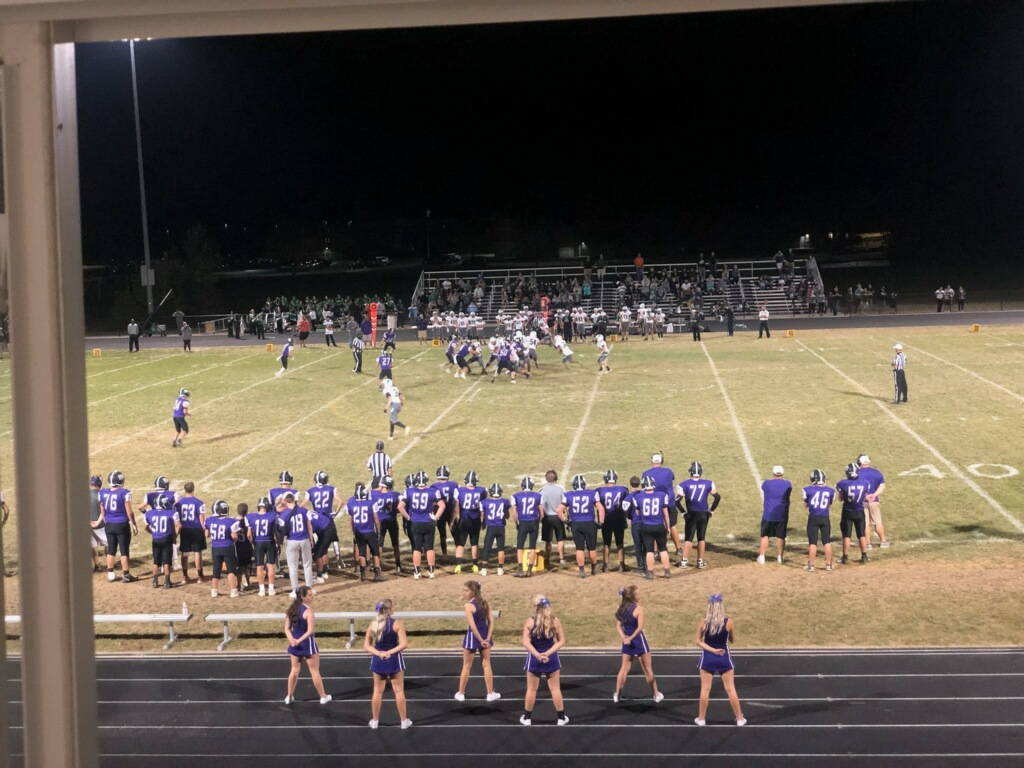 LAGRANGE, OHIO – The Columbia Raiders came to challenge the Wildcats Friday night at Keystone, and needless to say it was a very one-sided affair, with Keystone taking the game with ease 40-7.

The Wildcats have run off four straight wins after an opening night 26-20 setback at hands of the Bay Rockets, and now sit at 4-1 on the year.

Columbia under head coach Jason Ward have had a tough go of it in 2019, as following their latest setback they fall to 0-5, 0-2 in conference play in the newly formed Lorain County League.

Early in the game, the Wildcats took a very early lead, as they went up by three scores with 24 ticks left in the first quarter.

The Wildcats took that lead into the second quarter. Keystone’s Gideon Lampron scored a touchdown on a fumble recovery, ensuing that the running clock rule would be in effect.

The rule for high school is if a school is up by 30 points, the clock shall keep running, unless an injury occurs, timeout is called, or by the hand of God, weather plays a factor.

Columbia lost 17 seniors this past offseason due to graduation, which is a huge blow, but it gives the younger guys a great opportunity to learn. As the first half closed, Keystone took a 34-0 lead into halftime.

As the second half started, the running clock rule also started. Keystone took possession early in the 3rd quarter and started running down the clock very early.

But with 5:49 left in the 4th Columbia’s Joe Governdale scored an amazing near 50-yard rushing score to end the shutout, making the score 40-6 with Keystone still leading.

A majority of the second half was Keystone running the clock out, as the Wildcats took home the 33-point win.

Week six will see the Raiders at home as they will host the Oberlin Phoenix. Keystone will look for their fifth straight win as they travel to Sullivan to take on Black River.

Garret Clark of Strongsville is the Week Four NEOSI High School Football Player of the Week
Buckeye Moves to 4-1 and Stays Atop the Great Lakes Conference, Tops Valley Forge 35-23