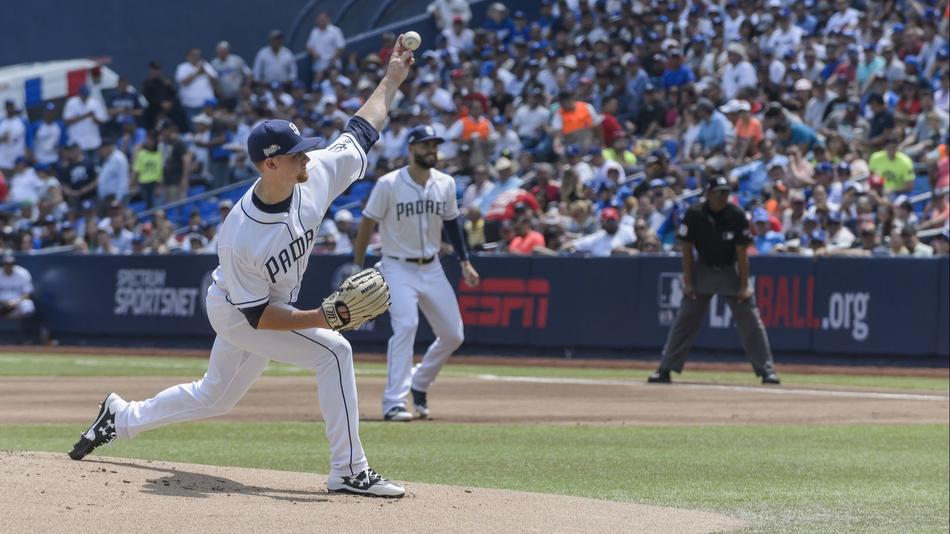 Sunday was a dream come true for local product Eric Lauer, as the former Midview High School pitcher earned his first win in the Majors, helping the San Diego Padres down the Los Angeles Dodgers 3-0 in Monterrey, Mexico.

Lauer, who was a first-round pick of the Padres, went six solid innings, allowing no runs on seven hits, walking one and striking out five and improving to 1-1 in his Major League career.

The 22-year-old from Elyria worked out of trouble more than once against last seasons NL Champion Dodgers, as Los Angeles was 0-for-6 with runners in scoring position against the left-hander.

He lost his first MLB start back on April 24th lasting just three innings in an 8-0 loss to the Colorado Rockies. He rebounded to throw five innings in a no-decision against the San Francisco Giants on April 30th, and Sunday got his first Major League victory.