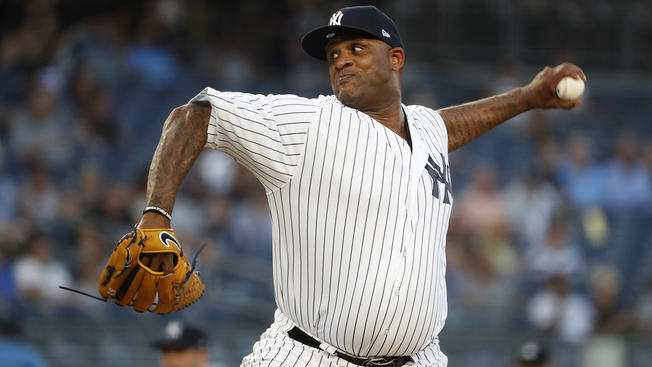 CC Sabathia was a former first-round pick of the Indians who was a big part of the organization during the mid-2000’s. Now at the end of his career, Sabathia will get a chance to say a proper good-bye to the city where his Major League career started.

Sabathia will be honored at next week’s All-Star Game at Progressive Field, a great send-off for the lefty who is retiring after 19 seasons in the Majors.

The league announced today that Sabathia will be recognized for his contributions to the game and his longtime service to the community prior to the 90th Midsummer Classic.

“We are delighted that CC and his family will join us in Cleveland, where his Major League career began,” Commissioner Rob Manfred said. “We look forward to celebrating his many accomplishments during our All-Star Game festivities.”

The New York Post reported that it was Red Sox manager Alex Cora, the AL’s manager on Tuesday night, who reached out to contact Sabathia, a six-time All Star, to see if he would be interested in being part of the festivities.

“He called me a couple of weeks ago and asked me if I wanted to go. I was like, ‘Yeah,’ ’’ Sabathia said before Friday night’s Yankees-Rays game at Tropicana Field.

“It is exciting to have the league think it was cool for me to go.’’

Sabathia has a career 251 wins and 3,052 strikeouts in his long Major League career.

While the Indians already paid honor to Sabathia when he was in town with the Yankees a few weeks back, this time it will be the city of Cleveland and all of baseball being able to pay honor to the former Cy Young award winner.

The Indians and Two of their Pitchers Tweet Out About the Death of Angels Pitcher Tyler Skaggs
Photo Gallery: Team Cleveland Battles Team World in the 2019 All-Star Celebrity Softball Game