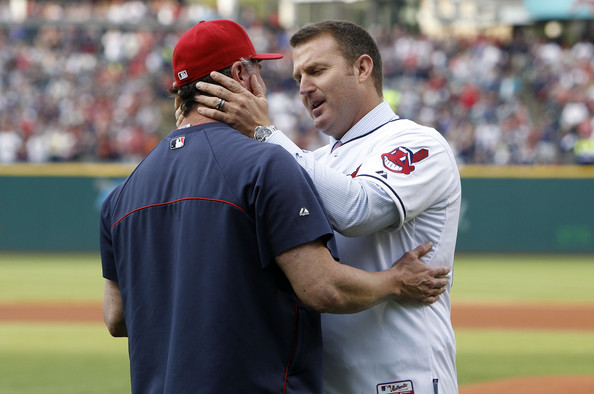 The MLB All-Star game is now less than a month away, and today Major League Baseball announced who will serve at managers for the All-Star Futures Game on Sunday, July 7th at Progressive Field.

Two former Indians have gotten the nod, as Hall of and five-time All-Star Jim Thome will manage the American League and four-time All-Star Dennis Martínez will be the National League manager.

Thome’s staff will feature a number of former Indians:

Martinez’s team of coaches will be:

The Future’s Game at Progressive Field will be played the same day as the All-Star Celebrity Softball Game, and Monday will be the Home Run Derby before Tuesday’s Mid-Summer Classic.

Indians Look to Stay Hot at Home as They Begin Two-Game Set with the Reds
Opinion: Brad Hand Is Replaceable for the Right Price