FLASHBACK: The Top 10 WWE Summerslam Main Events Of All Time 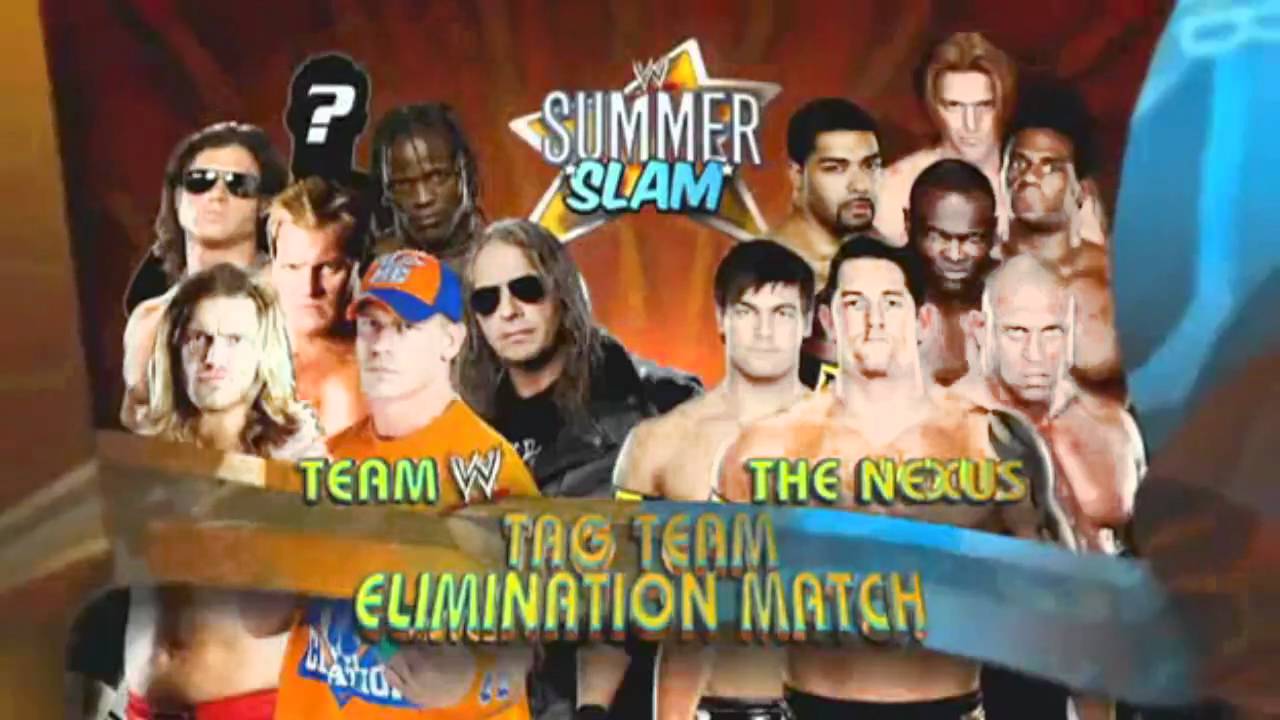 WWE Summerslam is known as the biggest party of the summer, and for good reason.  The main event is typically the result of a 3-month buildup, much the same way we look at WrestleMania.  This year’s main event, not so much.  Although it has had a “3 Year” build up, the thought of yet another Roman Reigns vs Brock Lesnar clash doesn’t have many thrilled.

Let’s cast that aside for now and look back at some Main Events still talked about today, and that have lived in WWE lore forever.  For sake of playing fair, I decided the easiest way to list the top 10 would be in chronological order.  Enjoy!

The main event that started it all featured the evil Million Dollar Man and Andre The Giant facing the greatest force in wrestling history.  The Mega Powers were red hot as the tandem of Hulk Hogan and Macho Man were unstoppable.  Throw in Jesse The Body Ventura to make the three count on Ted Dibase and this one was not too be missed!

The name was hokey but the carnage was real as these two teams hooked it up in front of a rowdy MSG crowd.  The Triangle of Terror took on Hulk Hogan & The Ultimate Warrior.  We would come to find out years later that The Ultimate Warrior almost skipped this match after he held up Vince McMahon for more money.  In the end yet another special guest referee, this time Sid Justice would raise Hogan’s hand in victory when all the smoke cleared.  Literally, there was napalm powder that looked like smoke.

1992 – Macho Man vs The Ultimate Warrior

This match was part one of the gigantic double main event as Macho Man Randy Savage defended his WWF World Championship against The Ultimate Warrior.  The storyline heading into this one was whose corner Mr. Perfect would be in.  It turned out to be neither as Perfect and Ric Flair would come down and attack both men.  The match itself, was an instant classic and would be good enough to close the show if the greatest Summerslam match in history wasn’t up next.

In what is widely considered the greatest match in Summerslam History, these two men put together a true spectacle for the ages.  The brothers in law were both fan favorites, but the hometown boy Smith had the 82,000 strong in Wembley Stadium firmly behind him.  Hart carried 99% of the match, but it was his shoulders pinned to the matt when it was over as Smith walked away with Harts Intercontinental title.

The drama was so thick you could cut it with a knife.  If Hart failed to capture The Undertakers WWF World Championship, he would never again be allowed to wrestle in America. It was yet another special guest referee playing a major role in this one, as Shawn Michaels accidentally hit The Undertaker with a steel chair, to cost the Deadman the belt.

While the match itself wasn’t a classic for Austin’s WWF World Title, you can’t forget about a match featuring 3 future Hall of Famers.  Four if you count “special guest referee” Jesse The Body Ventura.  In an ending no one saw coming, it was Mankind walking away with the title with the shocking win.

The Rocks championship was on the line as these three men tore down the house.  This match is memorable for HHH attempting to pedigree Kurt Angle through a table.  The table would give out and Angle would end up with a legitimate concussion.  This made way for the most electrifying man in sports entertainment to take center stage.  The Rock shined as always and managed to retain despite the relentless attack both men brought at him.

In what was supposed to be a passing of the torch moment, Brock Lesnar defeated The Rock cleanly to win the WWE World Unified Championship.  The crowd was behind Brock as well.  It was a landmark night.

Icon vs Icon was a dream match and despite the ego of Hogan getting in the way leading up to it, it delivered on every level.  People tend to bash this match for HBK’s over acting, but in my opinion it made it even better.  This match was excellent, and falls only behind Bulldog vs Bret Hart for best ever.  Hogan even posed with Michaels after the big win.

The best matches in Summerslam history continue to be the ones without the World Championship on the line.  This one was no different.  Team Cena featured men like Bret Hart, Edge and Chris Jericho, a regular murders row.  Also, a young upstart by the name of “Daniel Bryan”.

The drama was unreal as The Nexus was seen as the biggest unstoppable force since the NWO.  The Wade Barrett led group seemed unbeatable.  That is of course, until the Cena led squad beat them.  Despite the predictable ending, it was still a great match!

It was tough to narrow down 30 main events, to just 10 of the very best.  Here below are a few that didn’t make the top cut, but were worthy of honorable mention.

2015 Brock Lesnar vs The Undertaker