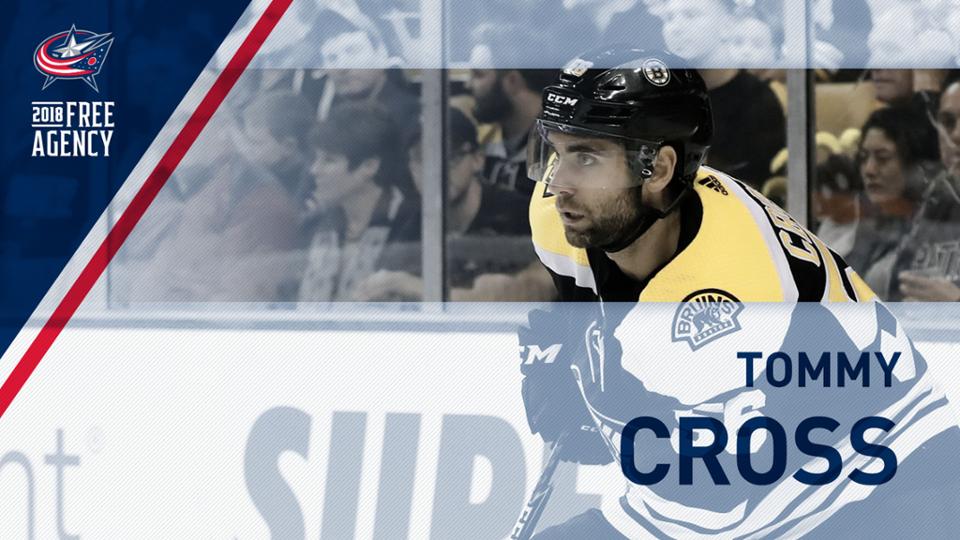 Cross, 28, has collected one assist in three career NHL regular season games and one assist in one career playoff appearance with the Boston Bruins, while registering 31 goals and 103 assists for 134 points with 413 penalty minutes and a +65 plus/minus rating in 364 career AHL games with the Providence Bruins.  The Hartford, Connecticut native was a second-round pick, 35th overall, of Boston’s in the 2007 NHL Draft.

Cross spent four seasons at Boston College from 2008-12, registering 17-43-60, 171 penalty minutes and a +24 plus/minus rating in 134 games.  A teammate of Blue Jackets forward Cam Atkinson at BC, Cross helped the Eagles capture the NCAA championship in 2010 and 2012 and three-straight Hockey East titles from 2010-12, serving as the team captain during his senior season.   Prior to enrolling at BC, he spent part of the 2007-08 season with the Ohio Junior Blue Jackets of the United States Hockey League.