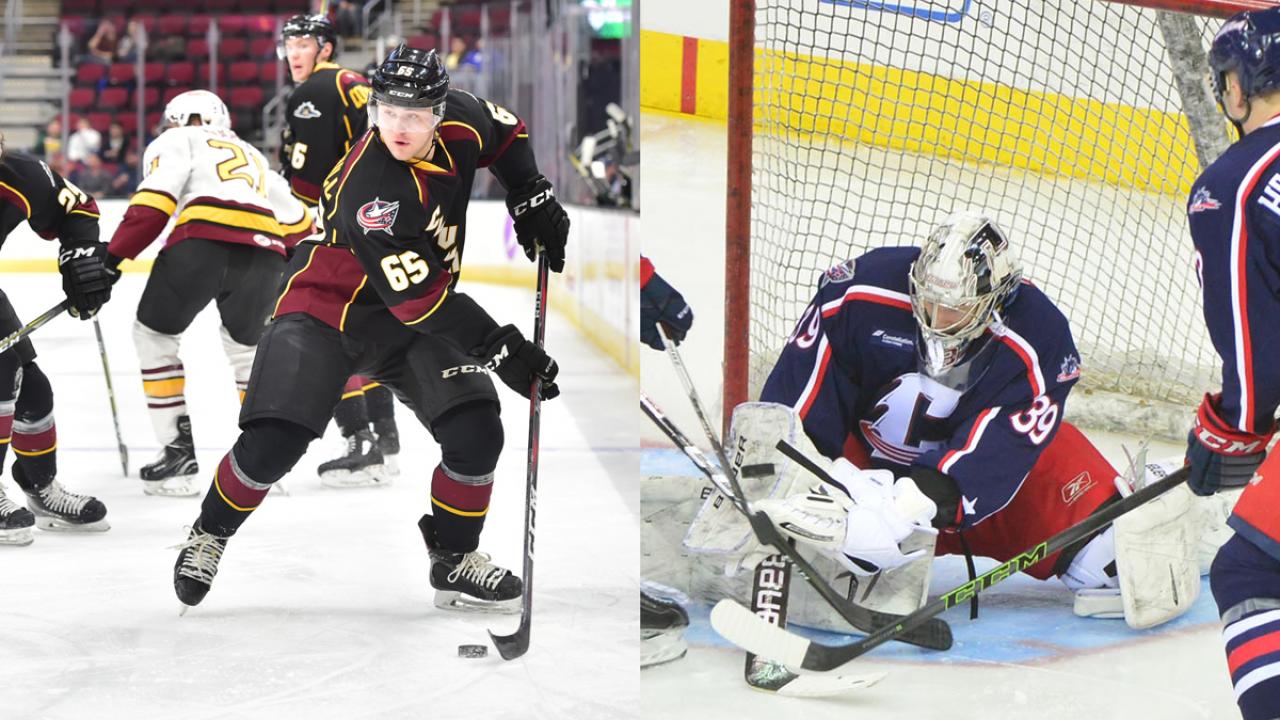 CLEVELAND – The Cleveland Monsters, proud American Hockey League affiliate of the NHL’s Columbus Blue Jackets, announced Sunday that the Monsters signed veteran goaltender Brad Thiessen and defenseman Garret Cockerill to one-year AHL contracts for the 2018-19 campaign. Last season, Thiessen posted a 4-2-3 record with a 2.86 goals-against average (GAA), and .884 save percentage (S%) in nine appearances for Cleveland while Cockerill supplied 3-11-4 with 32 penalty minutes and a -4 rating in 40 appearances for the Monsters and added 1-5-6 with 11 penalty minutes and a +5 rating in eight appearances for the ECHL’s Kalamazoo Wings in the professional action of his career.

A 6’0”, 181 lb., left-catching native of Aldergrove, BC, Thiessen, 32, notched a 3-1-0 record with a 3.72 GAA and a .858 S% in five NHL appearances for the Pittsburgh Penguins during the 2011-12 season, and contributed a record of 127-83-15 with 26 shutouts, a 2.49 GAA, and a .910 S% in 244 career AHL games played spanning parts of nine seasons from 2009-18 with the Wilkes-Barre/Scranton Penguins, Norfolk Admirals, Adirondack Flames, and the Monsters. In 2010-11, Thiessen was named to the AHL’s First All-Star Team and claimed both the Aldege “Baz” Bastien Memorial Award as the AHL’s Goaltender of the Year and the Harry “Hap” Holmes Memorial Award as a member of the league’s top goaltending tandem. Thiessen again claimed a share of the Holmes Award in 2013.

A 6’0”, 201 lb., right-handed native of Brighton, MI, Cockerill, 24, is entering his first full professional season in 2018-19 and contributed 19-65-84 with 106 penalty minutes and a +10 rating in 122 NCAA appearances for Northeastern spanning four seasons from 2014-18. Prior to his collegiate career, Cockerill supplied 12-22-34 with 194 penalty minutes and a -24 rating in 103 USHL appearances for USA Hockey’s National Team Development Program, the Des Moines Buccaneers, and the Sioux City Musketeers spanning parts of four seasons from 2011-14.