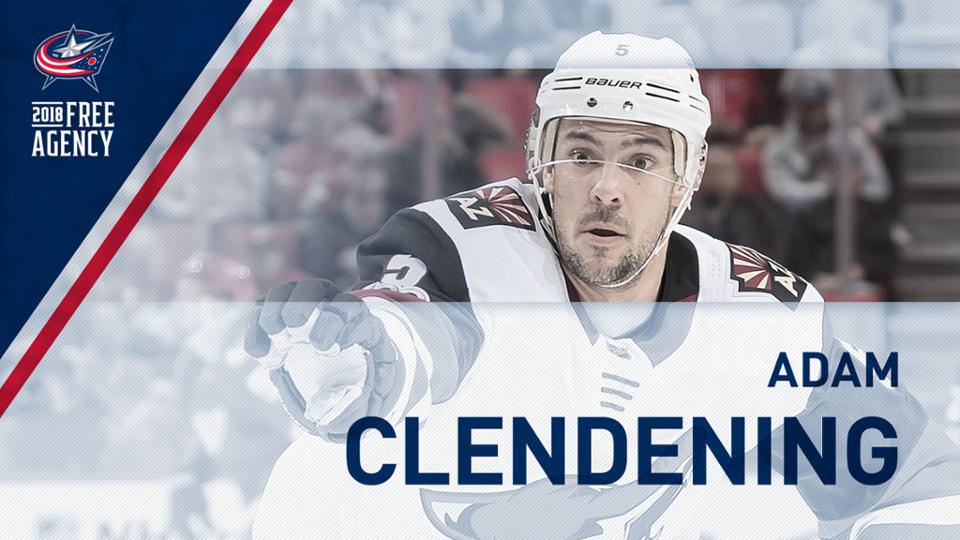 Clendening, 25, has registered four goals and 20 assists for 24 points with 49 penalty minutes and a +10 plus/minus rating in 86 career NHL games with the Arizona Coyotes, New York Rangers, Edmonton Oilers, Pittsburgh Penguins, Vancouver Canucks and Chicago Blackhawks.  He has also collected 28-133-161, 267 penalty minutes and is +31 in 261 career AHL games.

Clendening made his professional debut in 2012-13 with the Rockford IceHogs and picked up 9-37-46 and 67 penalty minutes in 73 games, leading all AHL defensemen in assists and earning Second Team AHL All-Star honors.  In 2013-14, he set AHL career highs with 12-47-59 and 64 penalty minutes in 74 games, leading Rockford in scoring and earning AHL First Team All-Star honors.

He made his NHL debut with the Blackhawks the following season, scoring his first NHL goal in his debut at Calgary on Nov. 20, 2014, and went on to tally 1-3-4 and 10 penalty minutes in 21 NHL games with Chicago and Vancouver.  He split the 2015-16 campaign between the NHL and AHL, notching 1-6-7 and 20 penalty minutes in 29 games with Pittsburgh and Edmonton.  He set NHL highs in goals, assists, points and games played in 2016-17 with 2-9-11 and 17 penalty minutes in 31 outings with the Rangers.